The French-American alliance in the Pacific 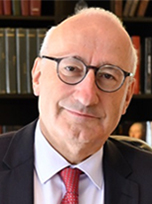 Since September, a nuclear submarine, the SSN Emeraude, and a support vessel, the BSAM Seine, have been sailing the Indian and Pacific oceans. Last week, they completed a routine patrol in the South China Sea after a stop in Guam last year. This is clear proof of the French navy’s ability and commitment to deploy capital ships in conjunction with our strategic partners in the region, including Australia, India, Japan, and, of course, the United States. The French navy deploys significant assets in the Indian and Pacific oceans in support of its partnerships and to share the burden in the implementation of United Nations Security Council resolutions.

Why such a mission? To reaffirm, of course, that international law is the only rule that applies, no matter where we sail, but also to reassert the fact that France is an Indo-Pacific nation. Some 2 million French citizens live in the area, whether in New Caledonia, French Polynesia, Reunion Island, the French Southern and Antarctic Lands, and so on. Our country has the world’s second-largest Exclusive Economic Zone, 4.5 million square miles, of which 3.5 million are in the Indo-Pacific. France was the first European power to develop an Indo-Pacific strategy, in 2018. With European partners such as Germany, we promote an Indo-Pacific agenda at the European level, and we all expect that a European strategy for the Indo-Pacific will be endorsed later this year.

Our goal is to act as an inclusive, stabilizing, mediating power based on a clear-sighted vision of the major issues at stake. That means strengthening our cooperation with all countries locally, without exclusion, strong involvement in settling regional crises, enhanced support for regional multilateralism, and a commitment to promoting common public goods, such as healthcare, education, and the protection of biodiversity and the climate. It is within this framework that we intend to protect our sovereignty and our interests.

For France, as well as for the European Union in general, China is a cooperation partner, an economic competitor, and a systemic rival. A partner to deal with on some major global issues, such as climate change, where we have already been developing our dialogue with Beijing. A competitor with regard to trade, technology, and industrial issues. And a systemic rival, given, in particular, its stances on human rights.

How can we reconcile these different components within a coherent agenda? As French President Emmanuel Macron said in his conversation at the Atlantic Council on Feb. 4, there are two options that do not work: first, to unify against China on all subjects, which would be counterproductive, and second, for the EU to maintain the same distance from the U.S. as from China, which wouldn’t make any sense because we share the same values and our democracies face the same challenges.

We therefore believe that Europe and the U.S. must work together, both in seizing opportunities for engagement and defending our values, while the disagreements between the U.S. and the EU in recent years over trade and multilateralism were detrimental to our collective interests. First, we have to engage China in a bold, efficient climate agenda, taking advantage of the U.S. reengagement, ahead of the U.N. Climate Change Conference in Glasgow at the end of 2021, as well as the conference on biodiversity that will be held in China. Second, we must now take an initiative on trade, industry, and intellectual property by reestablishing an alignment between the U.S. and the EU on this issue at the World Trade Organization and the Organisation for Economic Co-operation and Development, and create a level playing field with China on IP and market access. Third, we have to support a strategic vision on technology and develop an ambitious trans-Atlantic conversation on essential subjects such as tech governance, digital supply chain security, AI, and free data flow with trust. Our countries must work together to develop global standards, or those standards will be set by others. Fourth, we have to push collectively a human rights agenda and find effective ways of reengaging on some critical points. This is where the investment agreement concluded late last year by China and the EU represents an opportunity with respect to International Labor Standards on Occupational Safety and Health regulations and labor issues, which are part of our human rights package and our concerns.