Published on April 7, 2021
A relationship driving job creation, growth and innovation from sea to shining sea 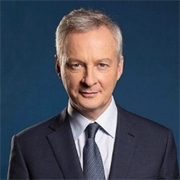 Bruno Le Maire
French Minister
of the Economy,
Finance and
the Recovery

As French Minister for the Economy, Finance and the Recovery, I am honored to introduce the 2020 edition of the France-U.S. economic report.

In 2019, the U.S. and France traded close to US$139 billion in goods and services, a 7.7% increase over the previous year. French and American companies have also invested close to US$400 billion in each other’s countries.

When French companies invest in innovation abroad, their prime destination is the United States. Conversely, U.S. investments are the main source of foreign direct investment in France.

These remarkable figures remind us of the depth of the trade and investment ties between our two countries, shaped over the years by common values such as democracy, freedom, entrepreneurship and fair trade.

At a particularly important time in the U.S. democratic process, I have expressed my commitment, alongside President Emmanuel Macron and the French government, to engage with the incoming U.S. administration in a constructive dialogue on common challenges, including securing global value chains on strategic assets, addressing climate change and strengthening our bilateral and multilateral cooperation frameworks on trade and taxation issues.

In this challenging context for our democracies and economies, this report reminds us that the United States and France can rely on an extraordinary transatlantic relationship to overcome difficulties by building upon our historic roots as allies. 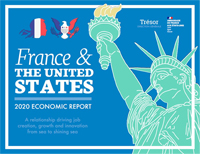