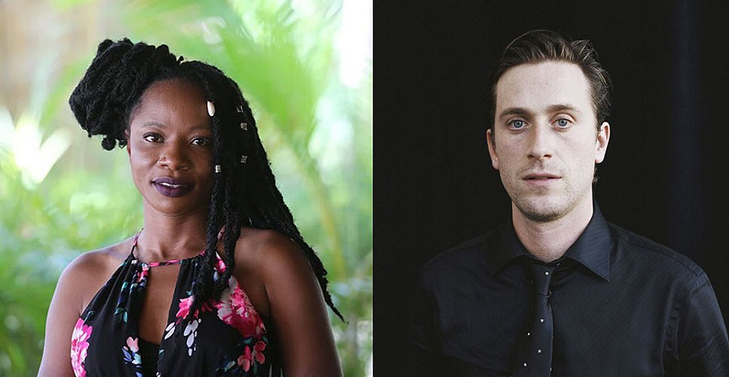 From April 23 to 25, tune in for the 35th annual Festival International of Louisiane (and the second Virtual Festival.)

The Festival traditionally takes places every April in the heart of Cajun Country in Lafayette, Louisiana and highlights the cultural richness of world music, including musicians from France and other Francophone countries. In light of the Covid-19 pandemic, the Festival International organized their first virtual edition in 2020.

While this year’s edition will boast a lineup representing a tapestry of cultural sounds and sights, here is a spotlight on a few the artists representing the French and Francophone contingent of the festival:

Singer-songwriter, poet, cultural activist, environmentalist, Zachary Richard is best known as a recording artist and performer. With 20 albums on his roster, including several « gold » and « platinum » albums, his musical career is international. He, however, remains fiercely attached to the French language and Acadian culture of his native Louisiana. In 2016 he was decorated Officier des Palmes Académiques and promoted to Commandeur de l’Ordre des Arts et Lettres.

Thomas Dutronc is a French singer and jazz manouche guitarist having attained gold and platinum status with 4 studio albums: Comme un manouche sans guitare (2007), Silence on tourne, on tourne en rond (2011), Éternels, jusqu’à demain (2015) and Frenchy (2020.) His most recent album features collaborations with artists Iggy Pop, Dianna Krall, Billy Gibbons, and Rocky Gresset. The son of acclaimed French singer-songwriters Françoise Hardy and Jacques Dutronc, Thomas Dutronc was naturally drawn to music from an early age. He has been recognized for his outstanding career in 2009 winning the Best Original Song at the Victoires de la Musique and in 2010 when he received the Ordre des Arts et des Lettres at the rank of Chevalier.

Born in Ivory Coast and raised in Guinea, Natu Camara’s devotion to music exploded in early success when she joined three friends to form West Africa’s first ever female R&B/hip-hop band, the Ideal Black Girls. Because of her commitment to helping her country and, in particular, young women in urgent need of mentors and strong female role models, Natu Camara splits her time between Conakry, Guinea and New York. She performs her music in five different languages and was featured on NPR’s Tiny Desk (Home) Concerts in partnership with globalFEST in January 2021.

To discover the full line-up for 2021 and stay tuned for the schedule, visit the Festival International website and join the Virtual Fest Event on Facebook.