Notre-Dame: Our Lady of Paris 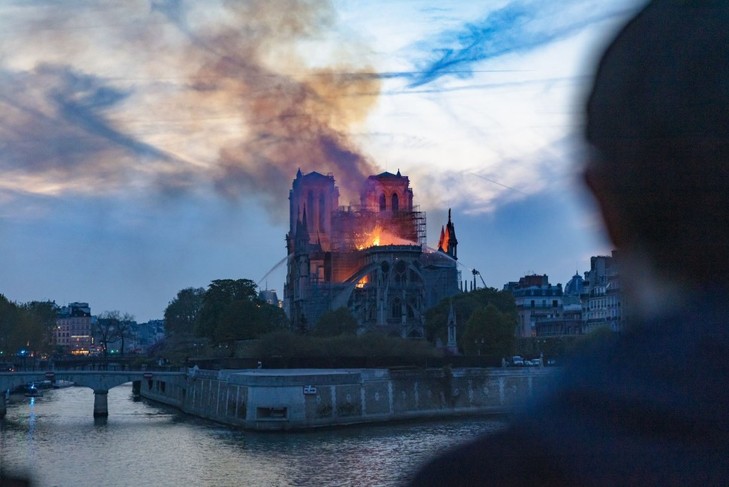 Notre-Dame: Our Lady of Paris. 2020, 83 min, Color. In French with English subtitles

Captured from within the inferno of France’s most beloved cathedral, Notre-Dame: Our Lady of Paris is a remarkable documentary about the harrowing fire that nearly destroyed 900 years of history.

Told through first-hand accounts from the firefighters, clergy, and local officials from the front lines, this special takes us back to April 15, 2019 when the whole world watched in real time as the fire raged for over 15 hours. To save one of the world’s most cherished monuments and rescue some of Christianity’s most priceless and revered relics, 500 Parisian firefighters risked their lives.

On Thursday, June 17, stream the film at 6:30pm ET and then join directors Gédéon and Jules Naudet LIVE from FIAF at 8:10pm ET when they take us behind the scenes of the film and answer viewer questions.

The Q&A will be moderated by Lindsay Cook, Assistant Teaching Professor of Art History at Ball State University and translator of Notre-Dame Cathedral: Nine Centuries of History.

French-born Gédéon Naudet and Jules Naudet are brothers and co-directors of the acclaimed documentaries 9/11 and Notre-Dame: Our Lady of Paris.

Lindsay Cook is an architectural historian and digital preservation advocate. She earned her B.A. in Art History and French & Francophone Studies from Vassar College and her Ph.D. from the Department of Art History & Archaeology at Columbia University. She is now Assistant Teaching Professor of Art History at Ball State University. Notre Dame Cathedral: Nine Centuries of History, her English translation of the French-language book co-authored by Dany Sandron and Andrew Tallon, was recently published by Penn State University Press. Her current book project, The Image of Notre-Dame of Paris, considers the role of architectural and artistic response in the formation of an architectural icon. Deeply committed to the digital humanities, Lindsay contributed to the projects Mapping Gothic and Musiconis, and she is the Chair of the Digital Resources Committee of the International Center of Medieval Art (ICMA). She is an active member of the scholarly association Scientifiques de Notre-Dame and co-editor of The Notre-Dame Translation Project, which makes reliable information about the history, conservation, and restoration of the cathedral of Paris accessible to students and the general public.