This event is organized by the Cultural Services of the Embassy of France / La Maison Française.
On June 16, before the arrival of the first original copy of the Statue of Liberty, join us to watch an exceptional documentary to (re)discover the history of the monument. 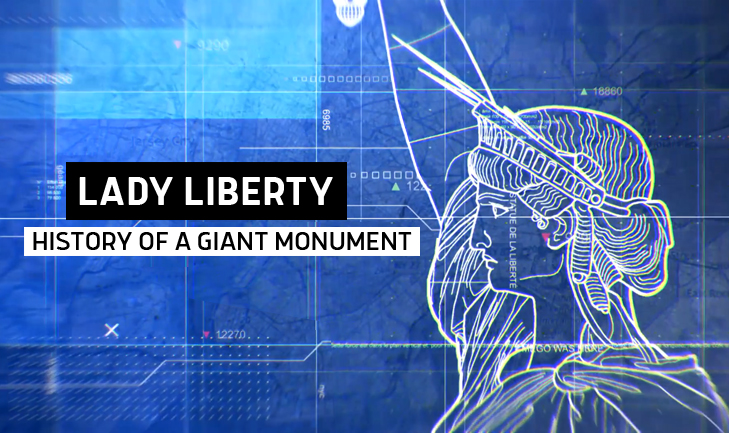 WHAT: Lady Liberty – History of a giant monument

Built more than a century ago on an island in New York Bay, the Statue of Liberty attracts more than 4 million visitors every year. 130 tons of wrought iron, 88 tons of copper and 27,000 tons of concrete: this superstructure is the reflection a crazy project, carried out by the greatest names of the 19th century... Visionary men who revolutionized their time. This project is a true technological prowess, fitting perfectly with its time, a period defined by a race towards progress. The Industrial Revolution which pushes back the limits of the possible dramatically is fascinating both engineers and artists. The Lady who enlightens the world is a great and unique concentrate of innovations. A colossus of such height, never built before, demanded engineering treasures.

This 52-minute film traces the singular adventure of the world’s most famous colossus, revealing the technical process behind its construction.

This screening is possible thanks to a partnership with Le Cnam and Morgane Production.

This event is part of the “Vive la liberty” project led by the Embassy of France in the U.S., the Conservatoire national des arts et métiers (Cnam), and the CMA-CGM Group, a world leader in shipping and logistics. They are partnering to bring 9-foot, bronze Statue of Liberty to the United States which is the first original replica made from the original mold of the Statue of Liberty by Bartholdi. The statue will be displayed on Ellis Island on Independence Day before being installed outside the French Ambassador’s residence in Washington, D.C. on Bastille Day (July 14).