Reinventing artists’ residencies across the U.S. 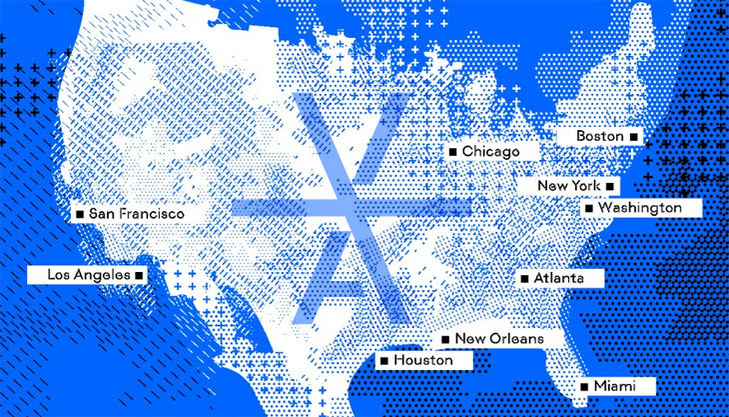 350 years ago, France created the first artists’ residency of modern times, the French Academy in Rome – now known as Villa Medici – a global center for artistic and intellectual residencies that inspired the creation of the American Academies and many other residencies around the world. This fall, following those in Italy, Spain (Casa Velasquez) and Japan (Villa Kujoyama), France’s fourth major villa will open in the US, with a novel concept to extend the notion of residency to the whole territory, with a permanent presence in ten major US cities to foster explorations of an entire country-continent.

Villa Albertine’s programming is made up of four pillars: residencies, events, online media, and professional resources. Just like 17th-century Italy set itself as the arbiter of culture, Villa Albertine recognizes a new world geography of the arts and ideas in which the United States plays a more dominant role than ever, but in which France, Europe and the French-speaking world also have a lot to say and show, as evidenced by the creation of Albertine Bookstore, a reading room, bookshop, and forum for French-American cultural exchanges. Since 2015, the annual Festival Albertine has brought together leading French and American thinkers, writers, and activists for a series of dynamic and thought-provoking debates on topics central to today’s society. Rooted in this dynamic, every year Villa Albertine will invite 60 creatives among the most promising figures of a new generation of artists and thought leaders in residence across the United States to explore intersections between culture and the urgent questions of our time, forging new relationships between the United States, France, Europe, and the French-speaking world.

Villa Albertine also strives to overhaul the concept of art residencies. What does it mean to travel in order to think and create in a globalized world? What is happening beyond the walls of the residence and how can the artist truly be a part of that? How does one go about sharing the research work carried out in the residence? To answer these questions, Villa Albertine breaks with the historical model of a residency attached to a single location, and instead occupies various territories. It functions as a residence, media and resource for the professionals taking part in this great individual and collective exploration. Its aim is to better take into account the diversity of the United States and to meet the artists’ aspirations as they have evolved.

Conceived during the pandemic, Villa Albertine was born out of the conviction that, in a world in crisis, artists not only need support, but can also help us understand and solve major contemporary challenges. The digitalization of the world, the revival of the ”space dream”, environmental emergencies, knowledge revolutions, urban fabric reinvention… A new kind of think tank, which seeks to amplify the voices of those who think and create, Villa Albertine is counting on the transformative power of customized residencies, designed to foster exploration, questioning, and exchange in order to transform both the residents and those who cross their path.

The Villa will draw on the existing network of the Cultural Services of the French Embassy, with some 80 cultural experts and a vast network of partners dedicated to promoting French cultural players and increasing the country’s influence in the US. Villa Albertine also provides some fifteen professional programs – in “lab” or “research grant” format – covering key cultural fields and creative industries.

Sign up for updates and learn more about this new flagship project from a dynamic cultural network: villa-albertine.org