This event is organized by Villa Albertine / La Maison Française.
The Embassy of France celebrates the beginning of the French Presidency of the European Union with the political thriller "Adults in the Room," which explores the issues that the Greek crisis has brought to light within the European institutions. 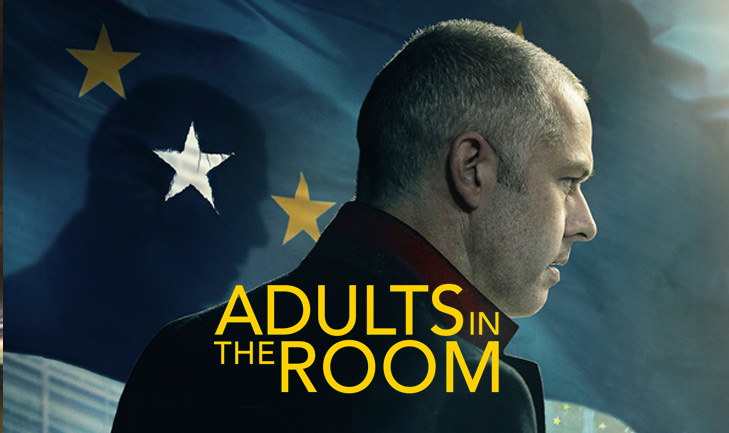 WHAT: PFUE 2022 Film Screenings Program: "Adults in The Room"

PFUE 2022 Film Screenings Program At the same time political thriller, biographical drama and modern tragedy Adults in the Room (2019) is the third film of the series screened as part of the cultural programming of the French Presidency of the European Union (PFUE), which begins on January 1st, 2022. The Franco-Greek successful co-production, Adults in the Room, adapted from the book Conversations between adults. Behind the scenes of Europe by Yánis Varoufákis, continues this cycle celebrating Europe.

Adults in The Room The film opens with a sea of flags swarming the streets of Athens on the evening of the parliamentary elections in January 2015. The small Syriza party leads the way, propelling the radical left to power. Alexis Tsipras embraces the one who will become his finance minister Yanis Varoufakis. We will follow him from the austere corridors of the European Central Bank to meetings of European finance ministers, in his desperate attempts to restructure Greece’s debt. A debt which then reached 175% of GDP, after nine austerity plans. By seizing on a difficult political object, Costa-Gavras carries out a work of great precision which allows everyone to feed their reflection on contemporary history and the functioning of the European Union. The director masters the art of storytelling, but also of capturing the dynamism and tension of exchanges, drawing on a detailed knowledge of diplomatic convolutions. The dynamics of exchanges, advances, flashbacks and disappointments make this political universe, which is usually perceived as opaque and austere, genuinely fascinating. Faced with the great hopes which animate the European Union, the political issues raised by the Greek crisis, the cradle of European philosophy, question the democratic framework of a supra-state policy.

Please note that in order to attend this event, full vaccination of 3 doses, or 2 doses and a negative test of less than 36 hours, will be required as well as an ID to enter the French Embassy grounds. Masks are required throughout the screening.

When purchasing multiple tickets kindly list the full name of each guest.