A Conversation with Marc Levy

This event is organized by Villa Albertine Washington DC.
Worldwide renowned author Marc Lévy will discuss his writer’s path and his commitment as Red Cross "Croix Rouge" Ambassador. It will be preceeded by a screening of “Mes amis, mes amours” 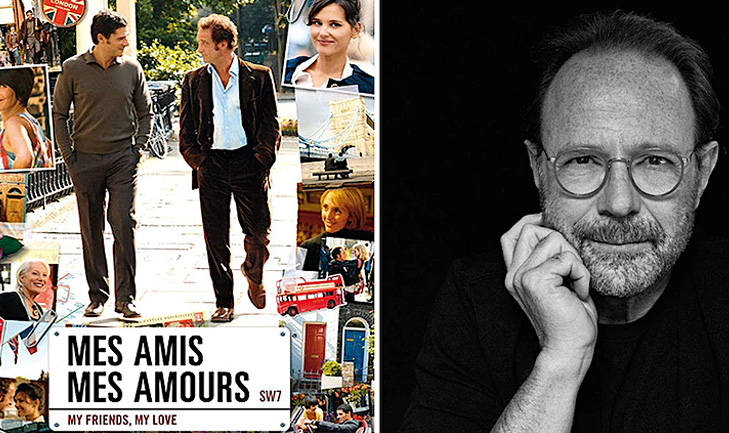 WHAT: A Conversation with Marc Levy

INFOS: First name and last name of each attendee are required. Parking available on Reservoir Road and adjacent streets. Tickets and identification are required. Bulky items, helmets... are not tolerated. Wearing a mask in the auditorium is highly recommended.

"Two divorced fathers Mathias and Antoine, decide to raise their children together in London. Their lives consist of Sophie the pretty florist secretly in love with Antoine, Yvonne who runs the ‘bistrot français’ and has a very maternal outlook on life and Mac Enzie, the boss of Antoine’s agency who is completley in love with Yvonne despite the big age difference."

9:30 pm - Signing session around a drink at the French Embassy.

When Marc Levy was 18 years old, he joined the Red Cross. After six years, he left Paris for California, to start a company specializing in computer graphics. Nine years later, on returning to France, he co-founded and led an architecture firm.

In January 2000, If Only It Were True, Marc Levy’s debut novel, a story he had written for his son Louis, was published by Éditions Robert Laffont. Shortly before the novel’s release, Steven Spielberg (DreamWorks) acquired the film rights. The adaptation became Just Like Heaven, starring Reese Witherspoon and Mark Ruffalo, and it topped the US cinema box office upon its release in 2005.

Since If Only It Were True Marc Levy has written 23 novels. His novels have sold over 50 million copies and have been translated into 50 languages. His forthcoming novel When Life Lights Up will be published in France on the 22nd November 2022.

Marc Levy also writes children’s books, graphic novels, and songs, including one for Johnny Hallyday. The TV and film adaptations of his novels include If Only It Were True, Mes Amis, Mes Amours, and, most recently All Those Things We Never Said, with Jean Reno in the leading role (Canal Plus/StarzPlay).

Marc Levy has several other films and TV projects in development: PS from Paris, The Shadow Thief, A Woman Like Her and Replay, as well as the It Happened at Night series, with the award-winning filmmaker Costa-Gavras.