Published on October 25, 2011
Speech of the Ambassador, François Delattre 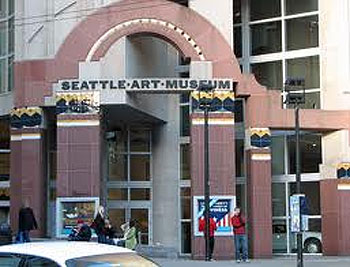 It is a great pleasure for me to be among you today and to have the opportunity to get acquainted with all of you, dear friends and partners. I’m thrilled to see such a distinguished and diverse group gathered here at the Seattle Art Museum.

As we all know, a year from today SAM will be opening the wonderful “Elles” exhibition from the Centre Pompidou – Musée National d’Art moderne, a unique presentation of the masterpieces of the major female artists of the 20th and 21st centuries.

“Elles” was a blockbuster in Paris, I have no doubt it will be the same here. And to my knowledge, it is the first time such an ambitious cooperation with the Centre Pompidou is undertaken on the West Coast. Needless to say that we are all impressed by SAM’s commitment.

This collaboration is exemplary and we hope that it will encourage future projects and foster closer cultural exchanges between our two countries.

Even though the trend had been set after the huge success of the landmark presentation of the Picasso exhibition - and let’s not forget Gauguin early next year - this project, in its originality, its scope and depth, is truly a premiere.

Our gratitude goes to the SAM organization, its Board of Trustees and staff, and in particular to Maryann JORDAN and her team, whose dedication and tireless work will ensure this project will receive the critical and popular success it deserves. As I visited the galleries a moment ago, I thought about how perfect a setting they will be for the “Elles” collection.

Such an endeavour would have been, in its own right, one of the highlights of our cultural presence in this country in 2012 and beyond.

From contemporary dance to visual arts, from music to cinema, from drama to literature, from panel discussions to artistic exchanges between local and French high schools, I believe each field of culture will be illustrated by the wonderful programs you are planning to host or produce. I believe that too will be a premiere! It certainly will be a model for other cities, and for our Consulates.

I would like to express my gratitude to all of you who have committed your respective organizations to participating in the season. I would like to recognize all the eminent representatives of the business community. Your patronage to the art and culture is exemplary. I can assure you of the Embassy’s assistance, as the various projects you’ve embarked on will constitute one of the major rendez-vous of our cultural cooperation programs next year.

These initiatives could not come at a better time as French-American relations, and this is good news, have never been closer than today. On the political and diplomatic front (…). On the economic front, France is today in the top five leading foreign investors in this country (…).

But even more importantly, I can never overstate how much French-American relations are deeply rooted in the values that we share. Let’s never forget that our two countries owe each other their very existence as free Nations (…).

And as the French Ambassador to the U.S., I also represent the tradition of promoting the Arts that is part of our DNA, that is part of the French-American heritage and that, I believe, has never been as important as today.

I know that you can count on Consul General Romain Serman and Cultural Attaché Denis Bisson, as well as Honorary Consul Jack Cowan and all the French-American associations to give you their full support, so that in 2012, “Pudget Sounds French” with a beautiful feminine voice!