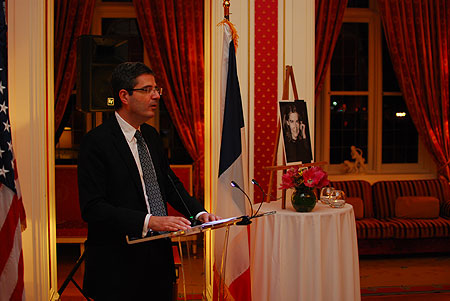 We have gathered here tonight to pay tribute to our dear friend Thérèse Delpech, who passed away on January 18 at the age of 63.

I want to thank each and everyone of you for joining us this evening. Your presence means a lot to us, and would certainly have meant a lot to Thérèse. I know she was a personal friend to many of you –as she was to me.

The Embassy received so many expressions of sympathy from American officials, journalists, think tankers and scholars. And we know that other commemorations will be held in the coming weeks and months, notably at the Carnegie very soon.

Tonight we pay tribute to an exceptional individual, a great friend of America and one of the most respected French strategic thinkers and policy-makers of the past 25 years.

I’d like to think it’s no coincidence that the life of this polymath ended with a final lesson on how rich a multidisciplinary and humanistic vision of our world can be.

Unlike many Defense and Foreign Policy experts, Thérèse didn’t mold her character and achieve her academic training in the field of political sciences or international affairs, but in those of philosophy, literature and the arts.

At the elite Ecole normale supérieure, she worked extensively on Schopenhauer’s aesthetics, then devoted her doctoral dissertation to the eleventh century monk and philosopher Anselm of Canterbury.

She drew from this demanding education a vast knowledge and the highest intellectual and moral standards. This was certainly one of Thérèse’s trademarks.

After beginning her career in education, Thérèse joined the French Atomic Energy Commission (CEA) in 1985 and was appointed to its International Relations Department in 1987.

She never really left this institution, which turned out to be her genuine professional family, and she powerfully transformed it in return.

From there, she held a number of international positions: she was tasked with monitoring the international scientific mission’s work on the radiological effects of nuclear tests and following up on nuclear disarmament issues (1996). She served as French Commissioner to the United Nations Monitoring, Verification and Inspection Commission chaired by Hans Blix between 2000 and 2003.

She also was International Adviser to the Committee of the Red Cross.

Over the years, Thérèse progressively became an intellectual leader for a whole generation of French diplomats, scholars and policymakers, especially on nuclear issues.

She served at the Ministry of Foreign Affairs Policy Planning staff from 1992 to 1995 and was affiliated with many prestigious institutions, including CERI Sciences Po in Paris, IISS, and RAND Europe.

She published books and numerous articles on defense, nuclear and military issues. She participated extensively in conferences all around the world and especially here in Washington –which was one of her favorite cities.

Serving the French government across the political spectrum -she was notably an adviser on political-military affairs to then Prime Minister Juppé-, she always stuck to her firm humanistic convictions.

She tirelessly championed human rights, democracy and counter-proliferation. She was certainly pessimistic in her analyses, but she was convinced that the international community could and should act to avoid chaos and the unleashing of violence : “knowing without acting is meaningless,” she used to say.

Among her recent concerns, she feared that the International Community would not be able to manage a major proliferation crisis in Iran.

In some respects, Thérèse was our own Iron Lady. And at the same time she was a tactful, generous and faithful friend.

Thérèse never sought to be popular and always showed integrity and great intellectual courage, even when swimming against the general trend.

Thérèse also was a close and long-time friend of America who always fought hard to preserve the transatlantic relationship. Her insightful analyses have been invaluable in that respect. She was convinced that our shared values (human rights, freedom, democracy) give Europeans and Americans a special and common responsibility to fight against barbarity on every front.

Thérèse was just herself, and nobody else, a deeply free individual. Through her intellectual talent and integrity, deep humanism and loyalty in friendship, as well as her passionate commitment to the transatlantic relationship, Thérèse Delpech was and will remain a source of inspiration and admiration to many of us.

I now give the floor to George Perkovich, one of Thérèse’s closest friends, then to Deputy Chief of Mission of the EU Delegation François Rivasseau.

Then those who want to say a few words are welcome to speak in her memory.

We will now observe a minute of silence.

My warmest thanks again to all of you. Registers are at your disposal in the hall. They will be conveyed to Thérèse’s family and friends in Paris./. 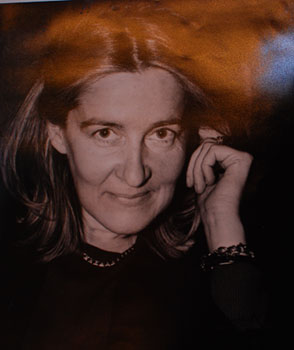