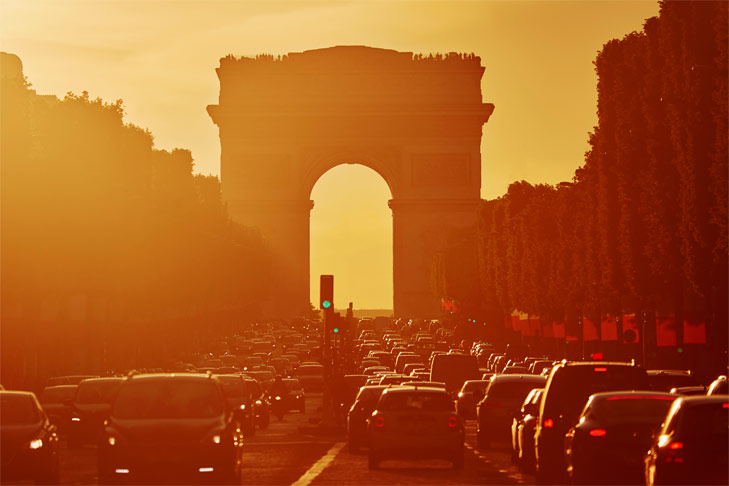 You may drive with a valid U.S. driver’s license if it is accompanied by a notarized translation in French. It is strongly recommended that you carry an International Driving Permit. You must be 18 years of age or older to drive in France. (More information may be found here).

If you are a resident of France (holder of a Carte de séjour or a Carte de résidence, more than 90 days)

You may drive in France with a valid U.S. driver’s license accompanied by a notarized French translation for a period of one year starting on the date of validity of the first carte de séjour, excepting students whose driver’s license expires at the end of his or her studies.

Driver’s licenses from some states are eligible to exchange for a French driver’s license. You must apply for the permit at least three months before the expiration of the one-year period.

Driver’s licenses from some states are eligible to exchange for a French driver’s license. You must apply for the permit at least three months before the expiration of the one-year period.

Class A : any motorcycle or motor tricycle.
Class B : Motor vehicles with a maximum authorised mass not exceeding 3500 kg and designed and constructed for the carriage of no more than eight passengers in addition to the driver.

The above states offer a reciprocal privilege of exchange for persons holding a French driver’s license. (More information may be found here).

If you do not have a driver’s license from one of the states mentioned above, you can take the written and driving portions of the French licensing examination after one year of residence in France. Special sessions are organized for those who do not speak French. You may additionally ask to be assisted by a translator, who may be a friend or relative. The driving examination may be taken in an automatic car, but not all driving schools provide this service. There is no minimum lesson-hour requirement.

To apply, go to the local Préfecture de Police, if there is not an agreement between your State and France, the staff will direct you to a driving school where you can take the exam. In Paris, the Préfecture de Police is located at 7 Boulevard du Palais, 75004 Paris Tel: 01 53 71 53 71 Hours: 8:30 a.m. to 5:00 p.m., Monday through Friday

You will need to bring:

Your U.S. driver’s license along with a notorized translation in French

Carte de Séjour with photocopy of both sides.

Sending your car or motorcycle to France

For specific information in English regarding insurance, documentation of motor vehicles, sales, transfers of ownership, and driving schools with an English-speaking instructor, please refer to the website of the American Embassy in Paris.

You must be at least 21 years old and have held a full driver’s license for at least a year in order to rent a car. Insurance is mandatory. Many car rental companies have offices in airports, railways stations, and in major city centers.