It’s a great pleasure and a great honor for Sophie and me to welcome you tonight to our Residence, as we have gathered here this evening with Kati Marton for the launch of her wonderful book, “Paris, a love story.” 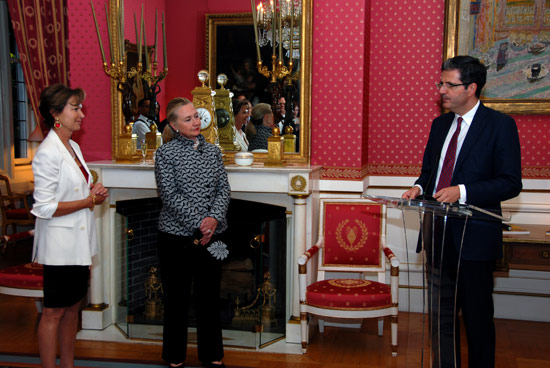 It is an enormous privilege to welcome Secretary of State Hillary Clinton, whose presence this evening means so much, both to Kati and to us. Madam Secretary, the tribute Kati pays you in her book impresses and touches us all.

May I extend a particular word of thanks to Chairman John Kerry for being with us this evening.

It is also a great honor for me to welcome Minister Hubert Védrine, unanimously considered one of France’s greatest contemporary foreign ministers. Mr. Védrine is in Washington at President Hollande’s request to work on the issue of France’s reintegration into NATO’s integrated military structure and European defense. 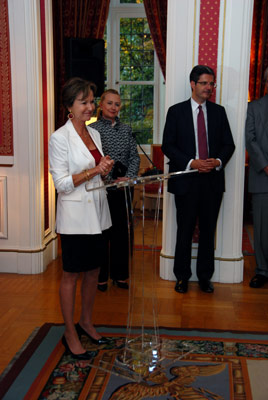 Ma chère Kati, what a pleasure to welcome you this evening as our guest of honor. 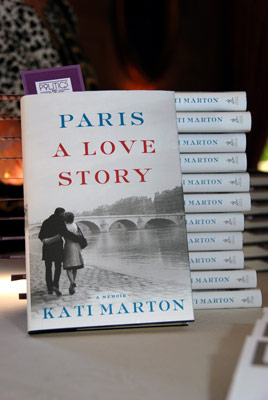 Sophie and I were fortunate to meet you with Richard Holbrooke a few years ago, when I was Consul general in New York. We were already struck back then by your love of France and Paris in particular. When you speak French, you speak and act like a Parisian. And Kati, it’s a compliment.

I had the privilege to meet Richard Holbrooke on several occasions 10 years earlier, in 1995, when I was on President Chirac’s foreign policy team in charge of the crisis in Bosnia. And I will never forget the tears in his eyes following the accidental death on Mount Igman of his colleagues Robert Frasure, Joseph Kruzel and Nelson Drew – a tragedy you relate so movingly in your book.

Sophie and I have very happy memories of the moving ceremony that we hosted at the French Consulate in New York when Bernard Kouchner bestowed upon Richard Holbrooke the insignia of Officer of the Legion of Honor, France’s highest distinction. In several passages in your book, you describe your friendship with Bernard Kouchner and Christine Ockrent, and the many dinners and conversations the four of you enjoyed at La Closerie des Lilas.

Dear Kati, no introduction is needed tonight. This evening, you are surrounded by your friends who admire your work, cherish your friendship and are touched by your kindness. We all know that you are the author of seven books and that you are an award-winning former NPR and ABC News correspondent.

Your book, your love story, is a precious gem that deeply moved me - and all of us. It is a spectacular success and became a New York Times best-seller after one week. You opened a window into your extraordinary life with such candor and honesty that it leaves the reader with immense emotion.

It is a beautiful journey of love, loss and life after loss – with Paris at the heart of your journey.

Paris is your secret garden. Paris is part of your life and is in your DNA, from the prestigious Sciences-Po, where you studied, to the Cafe de Flore and the restaurant Le coupe-chou.

As we read your book, we can only feel that your love affair with Paris and the French has always been a constant comfort during most important times in your life. And this evening, I want to tell you how much Paris and France, and more modestly how much Sophie and I, are proud to be your friends. Your friends forever.

Ladies and Gentlemen, please join me in welcoming Secretary of State Hillary Clinton.