Since 2009, the French Embassy in Washington, D.C. has led an ambitious program to reduce its energy consumption and greenhouse gas emissions.

The French Embassy in the U.S. has undergone extensive renovations and changes in order to reduce daily energy consumption. Some examples include:

Among several ongoing projects, the embassy is working to set up a drainage system that will collect rain to be used in the showers and for watering the lawn.

The embassy also makes special efforts to recycle its electronic equipment. This video shows the arrival of a truck in April 2014 that transported electronic waste collected over several years to a special recycling center in Florida:

… reinforced by efforts of the embassy staff

The embassy has also added infrastructure so that employees can personally contribute to cutting energy emissions. In June 2010, a more efficient waste sorting system was implemented. Other examples include the electric bikes now available for employees’ work transport.

Outside of the “Green Embassy” program, embassy workers have personally taken it upon themselves to promote green initiatives at the office. Volunteers take turns maintaining the on-site embassy vegetable garden, for example. Embassy staff also participate in “Bike to Work Day”, a day in which all D.C. residents are encouraged to bike to work. 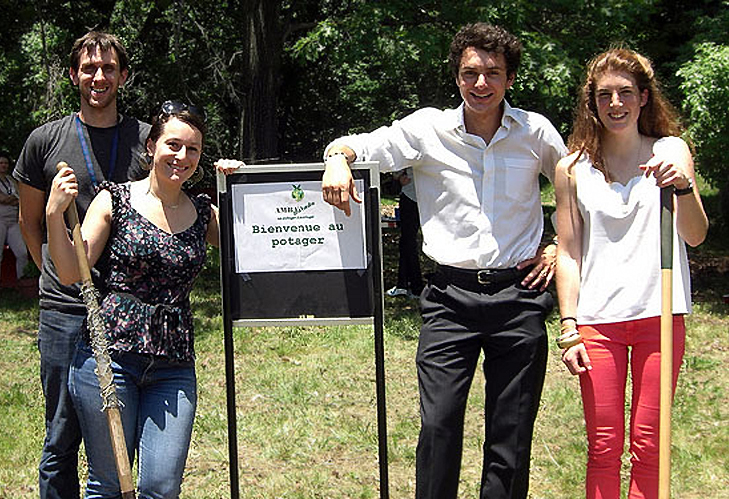 Inauguration of the Embassy’s Vegetable Garden 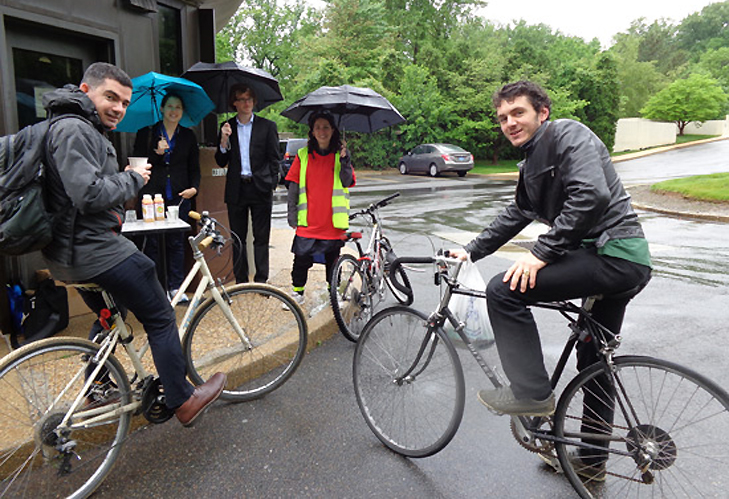 Bike to work day at the Embassy

The embassy has received the EPA “Energy Star” Certification every year since 2012. The “Energy Star” is awarded to organizations making strides to become more environmentally friendly.

In 2014 the embassy received the “Energy Star” certification with a score of 89/100, which is determined by comparing a building’s electricity and gas consumption with other similar sized buildings.

The embassy is also very active in the D.C. Greening Embassies Forum, a partnership between the State Department, the Earth Day Network, and the D.C. diplomatic community. The D.C. Greening Embassies forum was founded by Secretary of State Clinton in 2010. The group meets every trimester so that member embassies may share their success, challenges, and future goals in becoming greener. On June 26, the Mayor of Washington, D.C. gave the French Embassy the Sustainable Energy Award for its installation of a green roof and its contributions to the Greening Forum. 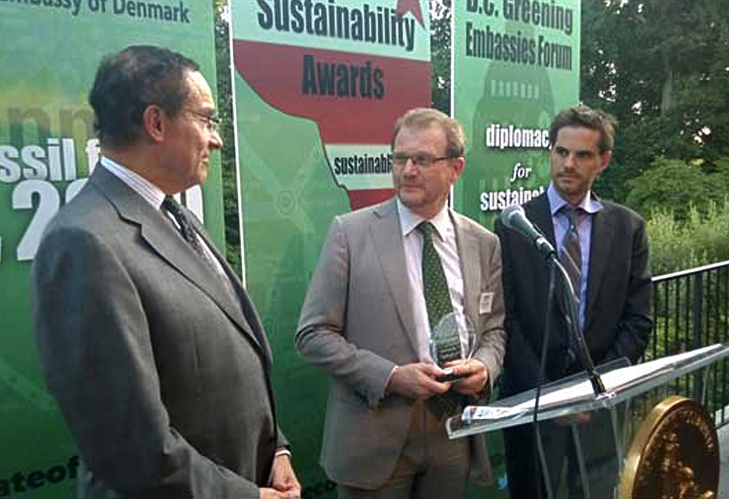