Covering 551,000 sq. km., France is the largest country in Western Europe (almost one fifth of the total area of the European Union), with a vast maritime zone (exclusive economic zone extending over 11 million sq. km). 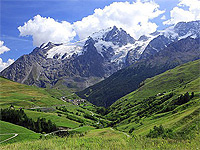 • Plains cover two thirds of the total area.
• Principal mountain ranges: the Alps (of which the highest peak, Mont Blanc, rising to 4,807 meters, is the highest mountain in Western Europe), Pyrénées, Jura, Ardennes, Massif Central and Vosges.
• The coastline is bordered by four bodies of water : the North Sea, English Channel, Atlantic Ocean and Mediterranean Sea. France has 5,500 km of coastline. 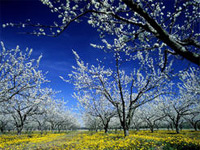 Three types:
- Oceanic in the West
- Mediterranean in the South
- Continental in Central and Eastern France 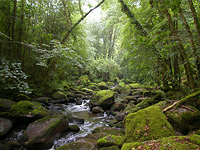 • Some 28% of French territory is covered by forests, ranking France third in the European Union for the amount of forestland, behind Sweden and Finland.
• France possesses 136 different kinds of trees in the metropolitan area– and 1,300 in French Guyana alone.
• As of 2012, €47.5 billion is allocated to the protection of the environment. 62% of this goes to waste water management and waste disposal. France is part of many international treaties and conventions concerning the environment, including the United Nations agreements on climate, biodiversity and desertification.
• In order to conserve and develop France’s natural heritage, the government has established:
- 10 national parks,
- 48 regional nature parks covering more than 12% of its land (including DOMs),
- 4 natural marine parks. 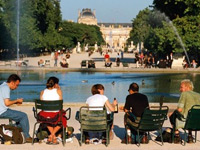 With 65.84 million inhabitants (as of January 2014; source: National Institute for Statistics and Economic Studies), France ranks second among the most populated countries in Europe.

• Several territories with a special status : New Caledonia, Clipperton and the French Southern and Antarctic Territories.