As the French Ambassador to the United States, I am deeply honored to be here with you today as we are gathered to pay tribute to 35 American veterans who contributed, almost 70 years ago now, to the liberation of France and Europe. 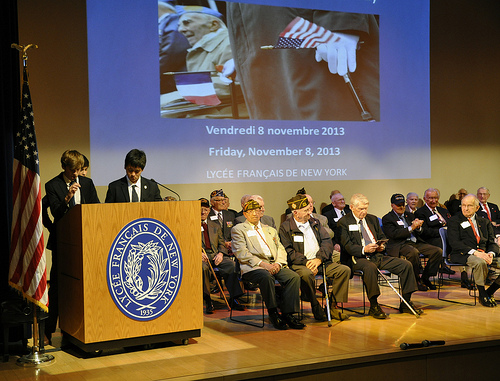 This ceremony takes place in the Lycée Français for the 4th consecutive year, which is a wonderful and very powerful symbol of the transmission of memory through generations. I would like to thank the head of school, Sean Lynch, and his Board and team for welcoming us this afternoon.

In three days, on November the 11th, we will celebrate Veterans Day and the 95th anniversary of the Armistice that brought the First World War to an end.

So we are here today with the students of the Lycée Français to remember all the veterans and to pay special tribute to those who fought and gave their lives to defend our freedom and democracy during the two world wars.

Today we remember that the friendship between the United States and France is bound in blood and that our two countries owe each other their very existence as free Nations. We remember that from Yorktown to the battlefields of World War I and the beaches of Normandy, our two countries have always stood shoulder to shoulder to defend and promote their shared values of freedom and democracy that we together gave the world over 200 years ago.

As today marks the 75th anniversary of the tragedy of the “cristal night”, that triggered the Holocaust and Nazi atrocities, let’s never forget that these shared values are at the heart of who we are and what you, gentlemen, stood for.

And on June 6 of next year we will celebrate together the 70th anniversary of D-Day.

Our event this afternoon is taking place at a time when French-American relations – and this is good news – have rarely been stronger than they are today.

To give you just two examples, our two countries are each other’s closest ally in the fight against terrorism, as illustrated by France’s military operation in Mali, with much appreciated American support, to combat Al-Qaeda in Africa. 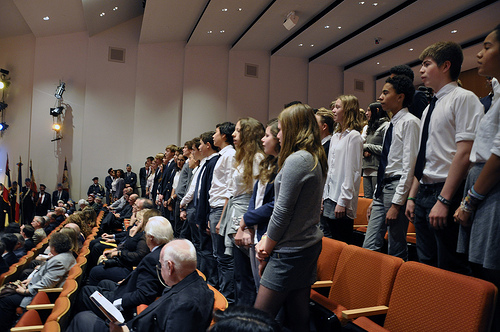 In the same vein, the United States and France are at the forefront on international efforts to prevent Iran from becoming a nuclear weapons-state. As we speak, critical negociations are taking place in Geneva on this issue.

Almost 70 years ago, along with 800.000 of your fellow countrymen, you left America for unknown lands at a very young age to participate in the liberation of France. In Normandy, in Provence or in the Ardennes, you were our heroes and will be forever.

If France is what it is today, a free and sovereign country, if Europe is a democratic continent at peace, we will never forget that it is thanks to you, to your bravery and thanks to our Allies.

We will never forget what we owe you, and we will always remember the ultimate sacrifice of so many of your comrades who rest on French Soil. They will remain forever in our hearts.

In recognition of your heroic actions, the President of the French Republic nominated you to the Legion of Honor.

The Legion of Honor was created in 1802 by Napoleon Bonaparte to reward extraordinary accomplishments and outstanding services rendered to France. 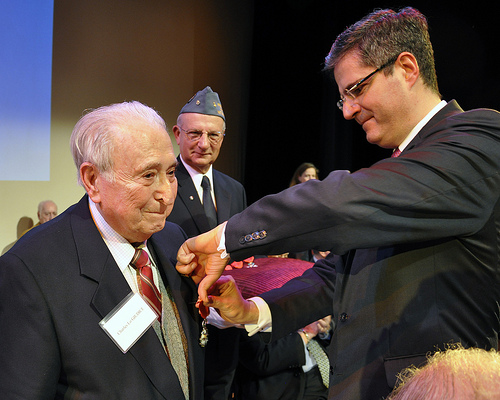 In a few minutes, the President of the American Society of the French Legion of Honor, the Consul General of France in New York and I will bestow upon you this distinction. In doing so, we will express to you France’s eternal gratitude.

So to each and every one of you, from the bottom of my heart: Thank you./.