François Hollande, President of the Republic

François Hollande was elected President of the French Republic on May 6, 2012.

François Hollande was born on 12 August 1954 in Rouen, France. He has four children and lives with his partner, journalist Valérie Trierweiler.

François Hollande is a graduate of HEC Paris and Sciences Po, the Paris Institute of Political Studies. He graduated from the French National School of Administration (ENA) "Voltaire Year" in 1980.

He joined the Socialist Party in 1979. After completing his studies at ENA, he became an Auditor at the French Court of Auditors in 1980. During this period, he was also a lecturer at the Paris Institute of Political Studies.

In 1981, following the election of François Mitterrand as President of the French Republic, François Hollande became a Special Adviser to the Presidency. During the legislative elections of June 1981, he ran for election in the Corrèze Department.

In 1983, he was appointed Head of the Private Office of two successive spokespersons of the Pierre Mauroy Government: Max Gallo and Roland Dumas. In 1984, he became an advising magistrate at the Court of Auditors.

In the legislative elections of 1988, following the election of François Mitterrand, he was elected Deputy in the first constituency of the Corrèze Department.

From 1988-1991, he was a Professor of Economics at the Paris Institute of Political Studies.

In 1993, he lost his seat as a Deputy in the National Assembly and became President of the "Témoin" (Witness) club of Jacques Delors, remaining in the position until 1997.

He became National Secretary of the Socialist Party with responsibility for economic issues in November 1994, and was named Socialist Party Spokesperson by Lionel Jospin in 1995.

In 1997, following the victory of the left-wing coalition, François Hollande regained his Corrèze seat in the National Assembly and became First Secretary of the Socialist Party.

He officially declared his candidacy for the Socialist Party primary contest in March 2011 and was announced as winner in October 2011.

In May 2012, François Hollande became the 7th President of France’s Fifth Republic. 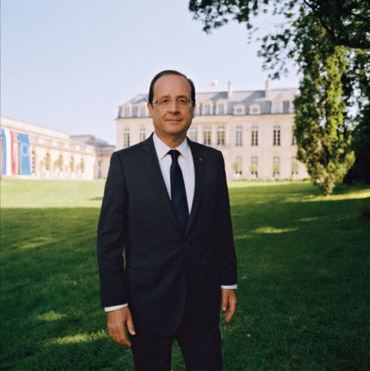