2005 marks the 100th anniversary of Jules Verne’s death. Ahead of his times in many ways, the French author, considered by many the father of science fiction, continues to fascinate and surprise!

From Lawyer to the Father of Science Fiction

Jules Verne, the author of classics such as 20,000 Leagues Under the Sea and Around the World in 80 Days, and considered by many the father of science fiction, was born on February 8, 1928, in Nantes. His childhood at the family’s summer home on France’s Atlantic coast probably played a large part in inspiring Verne’s works, which regularly mixed the maritime with science fiction.

Verne and his younger brother, Paul, would often pay one franc to rent a boat for the day and sail behind their summer house, dreaming up adventures. Since Verne’s father was a lawyer, he urged his son to study law. While in Paris studying law, Verne befriended Alexandre Dumas and Victor Hugo. The two authors had a great influence on Verne and encouraged him to explore playwrighting. 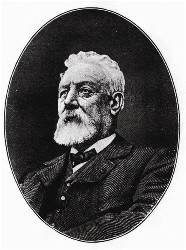 Verne soon quit law and became a stockbroker to support himself and his family. He married the widow Honorine de Viane in 1857 and had his only child, Michel Jean Pierre Verne, in 1861. He also had two stepchildren.

In 1862, he wrote his first novel, Five Weeks in a Balloon, and his life took off in a new direction. Verne soon paired up with publisher Pierre-Jules Hetzel, and the two remained business partners as well as personal confidants until Hetzel’s death in 1886. Hetzel introduced Verne to Felix Nadar, a renaissance man interested in aerial navigation and ballooning. Because much of Verne’s research was done through reading, discussions about scientific breakthroughs with knowledgeable friends helped him flesh out his stories.

From the Earth to the Moon was Verne’s next major novel. It is about a group of American gun enthusiasts who decide to fire a huge manned cannonball to the moon. Verne’s imaginative tale has an uncanny resemblance to later space missions that would take place a century after his death.

Next, Verne went to work on one of his most famous works, 20,000 Leagues Under the Sea, which took him years to complete. The novel was released in two volumes, the first in 1869 and the second in 1870. The Nautilus submarine, commanded by the infamous Captain Nemo and powered by a mysterious electrical force ("my electricity isn’t like everyone else’s," says Nemo enigmatically in the book), predated the launch of the first U.S. nuclear-powered submarine (christened the Nautilus in Jules Verne’s honor) by 86 years!

In 1872 Verne completed the most popular book of his lifetime, Around the World in Eighty Days. Though not science fiction per se, it prefigured the increasing interconnectedness of the world, with modern transportation making distances ever smaller. In many ways, it introduced Verne’s 19th-century audience to globalization!

Verne’s life remained a steady flow of success until 1886. Although his works were still widely popular, it was a hard year for him personally. He was wounded in the leg when his nephew, Gaston, fired a shot at him as he was entering his home. The injury left Verne with a life-long limp. Shortly after the shooting, Hetzel, Verne’s publisher and probably his closest friend, died.

In his old age Verne’s works changed from imaginative adventures to stories about his concern with the misuse of technology and the destruction of the environment. His book, The Begum’s Fortune, warns of the danger of placing technology and knowledge in the hands of evil people.

Verne died on March 24, 1905, in Amiens, at the age of 77. Several unfinished novels, including Paris in the Twentieth Century, were published after his death. His son Michel edited much of the material and added missing chapters where necessary.

America and Jules Verne: a Story of Mutual Fascination

Jules Verne, like many Frenchmen of his time, was fascinated by America and its modern, enterprising spirit. He was convinced that America would be the source of much of the world’s future technological breakthroughs. He also admired U.S. authors, particularly Edgar Allen Poe, whose influence can clearly be felt in Verne’s early works.

Inversely, Americans today are all familiar with Verne’s famous works, and many award-winning Hollywood movies have been based on his novels. There are more film adaptations of Verne’s books than of any other author’s.

Disney produced a film version of 20,000 Leagues Under the Sea in 1954, featuring James Mason as Captain Nemo. The film, with its famous giant squid, won an Oscar for special effects. Nemo, the leading clownfish of Disney’s 2003 animated film, Finding Nemo, was named after Verne’s mysterious captain, but the animated clownfish version of Nemo hardly resembles the dark and complex character of Captain Nemo. 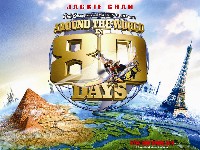 The 20th Century Fox film The League of Extraordinary Gentlemen, based on a comic book series, unites Captain Nemo with other literary heroes from Dr.Jekyll/Mr. Hyde to Tom Sawyer. The motley crew of overly exaggerated superheroes plot aboard Captain Nemo’s submarine to avoid a world war.