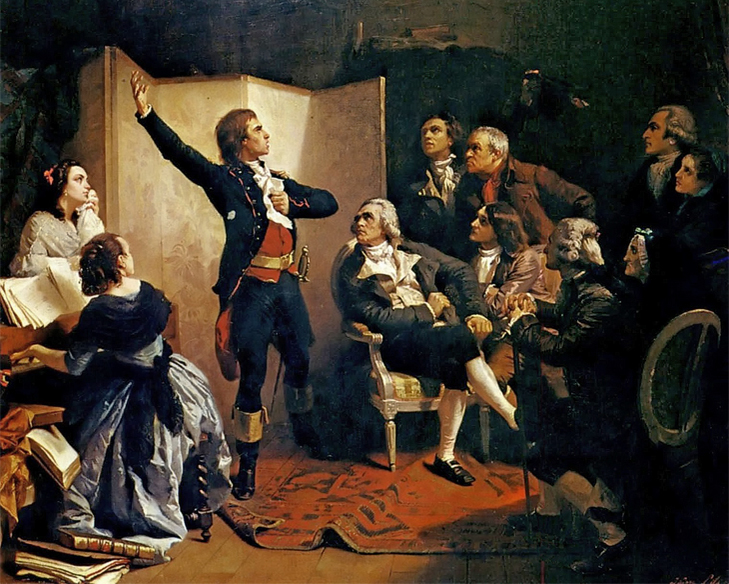 On July 14, Bastille Day, La Marseillaise—maybe the best-known national anthem in the world—is sung all over France. In fact, the anthem was not created in Marseille but in Strasbourg during the heat of the Revolution. General Kellermann, who as at the head of the Army of the Rhine in 1792, asked Captain Rouget de Lisle, one of his officers who was a poet and musician in his spare time, to compose a battle march to be played as the soldiers were leaving for the front. Although he was only given about 20 hours, Rouget de Lisle took a violin, locked himself in his room and composed all night. The next day, the captain presented the new war song. There was great enthusiasm among those present: The town attorney wept with emotion as young people waved their hats shouting "Vive la France!".

The following day, Rouget de Lisle’s anthem was played in Strasbourg, where the crowd proclaimed it a triumph. In Marseille, a student sang the martial verses at the end of a banquet that the city was offering to 500 volunteers preparing to go to Paris. The sans-culottes (the common people) found it so beautiful and stirring that they adopted it and sang it all along the road to Paris. When the Parisians saw them marching past and singing these words, they called it the "Marseillaise".

The French national anthem has had a turbulent past. Every now and then, there is an outcry to have it banned, or at least updated; it has been a long time since the Revolution was endangered by bordering European monarchs. Some people are offended during national ceremonies, when they hear such vengeful verses as "these ferocious soldiers who slaughter our sons and wives" or demanding "that impure blood flow in our fields." But the majority of French people do not wish to change so much as a comma in their national anthem. Didn’t the members of the Resistance in WWII sing it as a final and supreme challenge to Nazi-occupying forces as they fell beneath the bullets of the firing squad?

The extent of the attachment of the French to their national anthem was revealed in the 1970s, when President Giscard d’Estaing attempted to impose "his" Marseillaise by having it played to a slower tempo in order to give it greater solemnity. The President’s initiative raised a storm of protest and Hector Berlioz’s orchestration was maintained. Late controversial singer and composer Serge Gainsbourg tried to rewrite the Marseillaise his own way in 1979 by having the national anthem played by a reggae band. The reception was less than stellar: A group of legionnaires threatened to give him a hard time if he performed his new version in public. Gainsbourg did sing the Marseillaise, but a cappella. One cannot tamper with that which is sacred! 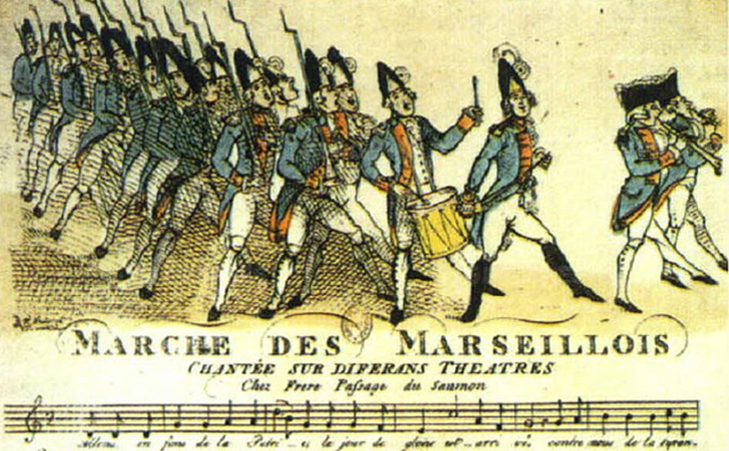 Listen to the French national anthem:

We shall enter the (military) career When our elders are no longer there, There we shall find their dust And the trace of their virtues (repeat) Much less keen to survive them Than to share their coffins, We shall have the sublime pride Of avenging or following them! (chorus)

AN AMAZING 1902 VERSION OF “LA MARSEILLAISE”

The earliest synchronized film-sound recording of a national anthem goes to the French. Georges Mendel recorded Opera singer Jean Noté via the phono-cinématographe, which synchronized the cinematograph and the gramophone.