Marianne is present everywhere in France and holds a place of honor in town halls and law courts. She symbolizes the "Triumph of the Republic", a bronze sculpture overlooking Place de la Nation in Paris. Her profile stands out on the official seal of the country. It is engraved on coins and drawn on stamps and banknotes. Marianne is considered as the most prominent depiction of the French Republic.

But who is this woman, presented, by the artist Daumier, as a mother nursing two children, or, by the sculptor Rude, as an angry warrior voicing the Marseillaise on the Arc de Triomphe, or, by the painter Delacroix, as representing Liberty leading the people on the barricades, and where does she come from? One thing is certain. Her image never leaves the French indifferent. In the last two wars, certain people worshipped her just like a saint. Others, who were anti-Republican, often dragged her name through the mud.

Why is it a woman and not a man who represents the Republic? One could find the answer to this question in the traditions and mentality of the French, suggests the historian Maurice Agulhon, who set out on a real police investigation to discover the origins of Marianne which have remainded mysterious.

To begin with, why the name? Why Marianne rather than Françoise, Mireille or Madeleine? Some people believed it came from the name of the Jesuit Mariana, the 16th century theoretician. Others thought it was the image of the wife of the politician Jean Reubell, basing their belief on an old date.

According to the story, it appears that in 1797 when seeking a pleasant name of the Republic, Barras, one of the members of the Directoire, during an evening spent at Reubell’s, asked his hostess’s name; "Marie-Anne," she replied. "Perfect," Barras exclaimed. "It is a short and simple name which befits the Republic just as much as yourself, Madame."

This anecdote contradicts a recent discovery which established that the fist written mention of the name of Marianne to designate the Republic appeared in October 1792 in Puylaurens in the Tarn department near Toulouse. At that time, people used to sing a song in the Provençal dialect by the poet Guillaume Lavabre: "La guérison de Marianne" (Marianne’s recovery)

At that time the account made of their exploits by the Revolutionaries often contained a reference to a certain Marianne wearing a Phrygian cap (or Marie-Anne, a popular name in the French countryside then). This pretty girl aroused the "sans-culottes" and looked after those wounded in the many battles and clashes across the country.

The name of Marianne also appears to be connected with several Republican secret societies. During the Second Empire, one of them, whose members had sworn to overthrow the régime, had taken her name. Today, Marianne remains as attractive as ever. She has even grown younger. As for the official busts, during the last thirty years she has taken on the features of Brigitte Bardot, Catherine Deneuve and, currently, those of the famous French fashion models, Inès de la Fressange and Laeticia Casta.

In 2002, a new Marianne was born. She does not have the features of a famous French woman but those of an anonymous " beurette"( young woman of North African descent), discovered by a scouting agent looking for a model who would symbolize a modern, multiethnic France.

Bleu-white-red, Marianne, Liberté-Egalité-Fraternité, the Republic: these powerful symbols represent France and its values. They have now been combined in a new "identifier" created by the French government under the aegis of the French Government Information Service (SIG) and the public relations officials in the principal ministries. As such, it will appear on all material - brochures, internal and external publications, publicity campaings, letter headings, business cards...- emanating from the government, starting with the various ministries (which will be able to continue using their own logo) and the Préfectures, decentralised government departments in the regions and Départements.

The first objective targeted by this design is to unify government public relations. But it is also designed to give a more accessible image to a State currently seen as abstract, remote and archaic, all the more essential in that French citizens express high expectations of the State. The logo chosen, "federating and mobilising, offers security and optimism, not forgetting patriotic pride." 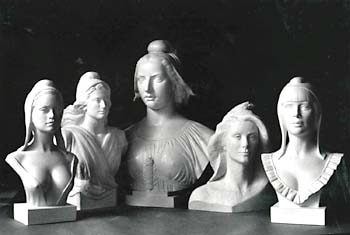 This data was gathered from numerous interviews and consultations conducted by Sofres (the French survey institute) in January 1999, with the general public and public servants. It emerged that the French are deeply committed to the fundamental values of the Republic and expect an impartial and efficient State to be the guarantor of the principles of liberty, equality and fraternity.