Interview with Jean-Noel Blanc at the French American Business Week 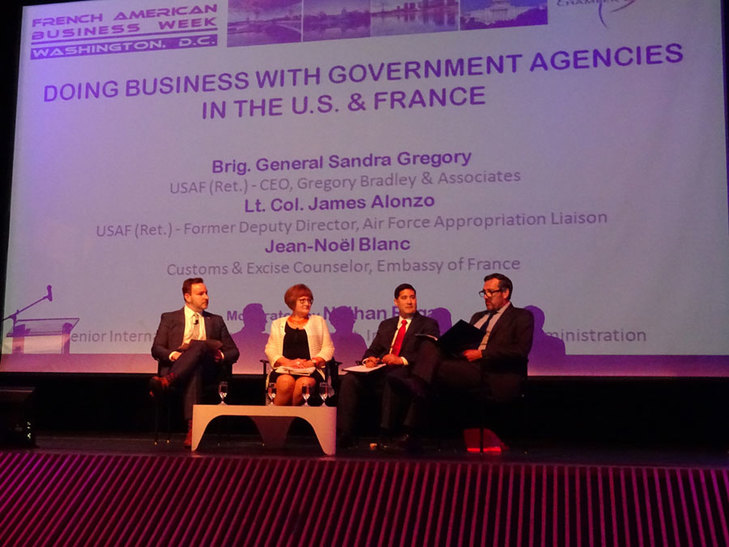 Mr. BLANC, could you explain us why US companies should learn about the benefits of the new Union Customs Code (UCC)?

In my opinion, the role of Customs is more than essential when a company wants to trade or do business at an international level. Customs is a stakeholder which cannot be underestimated.

That is why I would like to insist on this very point: any company wanting to do business abroad has to develop a custom strategy.

Let me just give you an example. I am sure that many companies are not aware that a new Union Customs Code came into effect in Europe, on May 1st, bringing some important changes in customs clearance procedures.

What does this new code bring to US companies?

This new Union Customs Code is not a revolution, but provides with new opportunities for companies to develop their competitiveness.

Why this new customs code? This could be the first question.

The former code was elaborated in 1993.

I am not going to detail every part of this code, but rather point out 3 essential items:

For more details, please explore our website which is updated continuously.

How does French customs agency comply and take advantage of the new UCC?

French Customs has decided to be proactive and proposes a plan named “customs clearance in France “.

As you may or may not know, the World Bank Doing Business project provides objective measures of business regulations and their enforcement across almost 200 economies.

If you take a look at the World Bank Doing Business 2016 report, you can observe that France is ranking first in the trading across borders indicator.

That is why we consider that the new Union Code brings even more opportunities for U.S. companies to invest or export in France.

This plan is designed to support international businesses: 40 concrete measures will be implemented to facilitate the filing of administrative forms, reduce the cost and time of customs clearance procedures, and thus support companies in their trade operations.

The plan ensures strong commitments. I will mention 2 of them:

Could you give us more details on the new Customs clearance, under the new Union customs code?

As I mentioned earlier, the new code offers real simplifications. For instance, it gives the opportunity to separate paperwork (the formal declarations) from the physical operations.

Let me give you an example:

The EU is working on a centralized customs clearance process to be fully available by 2019-2020.

It means that a company will be able to concentrate all its declarations, all its paperwork, in a unique port of entry in Europe and meanwhile dispatching its merchandise either anywhere inside the first country of entry, or in any other member states of the Union.

The opportunity for using this “centralized clearance” at the EU level will only be offered to the Authorized Economic Operators (AEOs).

Please note that France already offers a centralized customs clearance at the national level. That means a company can concentrate all its paperwork in a French port of entry and dispatch its goods anywhere in France. For instance, the US Company 3M has recently decided to use this procedure by concentrating all its paperwork in the town of Nantes while dispatching its goods in many other French destinations without further procedures.

Do the European countries have yet an IT systems related to European centralized clearance?

European centralized clearance won’t be fully implemented before 2019-2020, since we need to develop two IT systems at the European level:

Regarding the plan “Customs clearance in France”, you spoke about a single point of contact, what does it mean exactly?

We understand that a company would rather have a single customs point of contact, especially foreign companies.

• Therefore French Customs has decided to create a “Large Accounts” Department, for major international trade groups. Starting in 2016, this Large Accounts department will gradually become the single point of contact for large companies, in order to ensure speedy, efficient and fitted procedures.

• Indeed, whatever the size, small or large, a company can choose a unique customs office, a unique port of entry in France to send all its paperwork. The merchandise remains under customs bond until customs release has been pronounced and, if necessary, can be subject to inspection by any customs office within France territory.

As mentioned previously, the new code aims to complete paperless customs procedures by 2020. About 28 forms will be dematerialized at the end of this period and interconnected between every customs agencies inside the EU.

France is ahead because it has already a dematerialized customs environment which allows to clear 95% of goods in less than 5 minutes.

That is why we are ranking so well in the Doing Business evaluation.

France has also put in place a national single window for administrative formalities at the border which is called in French the “Guichet unique national”: GUN.

Thanks to the national single window, companies will no longer have to wait to obtain validation of authorizations, licenses or certificates required by more than fifteen French administrations for specific merchandises such as dual-use goods or sanitary certificates for instance.

By the end of 2018, this automated interface between Customs and other French administrations will allow the automatic clearance for these types of goods, through a more efficient, more secure and quicker customs clearance process.

Regarding the mutual recognition agreement between the US and the EU: are there any changes with the UCC?

The UCC puts forward the AEO status and the Mutual Recognition Agreements (MRA).

The Mutual Recognition Agreement between the EU and the USA only covers the safety and security component. Therefore, the new simplifications foreseen by the UCC are not within the scope of the USA-EU MRA.

However, being AEO in the EU or having a C-TPAT in the USA allows a lot of benefits: efficiency, lower risk score, common standards which contribute in a better trade facilitation.

From a "fiscal" point of view, what is the interest of exporting in France rather than in another EU country?

The UCC doesn’t change anything regarding the payment of VAT: it has to be declared and paid in the member state where the goods are released for consumption.

Therefore, in the case of European centralized clearance, the customs duties are paid at the customs office of declaration while VAT is declared and paid in the member state(s) where the goods are released for consumption. However, customs procedure 42 still applies: with this procedure the importer obtains a VAT exemption when the imported goods are transported to another Member State. In this case, the VAT is due in the Member State of destination.

What are the advantages of exporting to France from a logistical point of view?

The French government has launched this year, for the first time, a “national strategy for logistics” called “France logistique 2025”. The objective is to enhance the attractiveness of our national platforms and to reinforce our logistic offer in the vicinity of French ports of entry (airports, seaports). To achieve this goal, the French government planned 5 initiatives:

How a US company can become an AEO?

In addition, because there is a mutual recognition agreement between the EU and the USA, a US company with an AEO-safety and security status in the EU, doesn’t need to have its European establishment checked by CBP.

Can a US company not established in the customs territory of the Union benefit from the European centralized clearance?

The AEO status is required to benefit from the European centralized clearance. A US company without an establishment on the customs territory of the Union can’t apply for the AEO status.