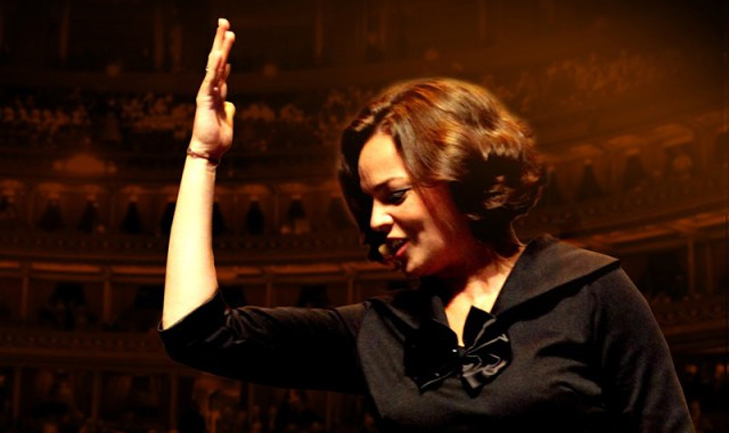 WHAT: PIAF ! THE SHOW

ADD. INFOS: NO ONE WILL BE ADMITTED WITHOUT RESERVATION AND PROPER ID.
Due to strict security measures, please arrive on time, doors will be closed at 8pm sharp. Parking available on Reservoir Road and across the street at Georgetown University Hospital’s pay lot. New Security Rules: A reservation on Eventbrite is mandatory, attendees must have a Government issued photo ID in order to enter the Embassy.

With a million tickets sold in more than 30 countries and acclaimed reviews worldwide "PIAF ! THE SHOW" – a musical celebration of the life and music of the legendary French chanteuse Edith Piaf – returns to America as part of the extended world tour.

Conceived and directed by the Nice-based theatrical maverick Gil Marsalla and starring Anne Carrere, a young French performer hailed as “Edith Piaf’s legitimate musical heiress” PIAF!, THE SHOW premiered in 2015 as a tribute to “The Swallow of Montmartre” on the centennial on her birthday and was inspired by the award-winning movie La Vie En Rose. In two 45-minute acts, the show narrates the rags-to-riches story of the Parisian singer’s career through her unforgettable songs, complemented by a visual tapestry of previously unreleased photographs and images of famous Parisian locations of the Edith Piaf era

Gil Marsalla, producer and director of "PIAF ! THE SHOW," first met future star Anne Carrere in 2014, when she auditioned for another of his productions, "Paris ! The Show." Captivated by her skills and natural charisma, Marsalla offered her the role of Edith Piaf in his new production.

“I have worked in show business – on and off stage – for 25 years and mounted shows around the world. But to this day, Anne Carrere is my greatest artistic discovery yet. Don’t you dare touch or polish her, she is a diamond that you want to keep raw – such is the nature of her pure and natural talent…” says Marsalla of his leading lady. Equally impressed with Carrere were Piaf’s longtime collaborators, composer Charles Aznavour and Charles Dumont, Ginou Richer, Personal Piaf secretary, and singer Germaine Ricord, who described Anne’s skills as “that of Edith Piaf at the top of her career.”