This event is organized by La Maison Française - 4101 Reservoir Rd, NW - Washington, D.C. - 20007.
In 1972, Christian Zuber returned to the Galapagos, 12 years after filming for the first time in history to record the environment changes.
By witnessing the evolution of this unique and fragile land, he pioneered environment advocacy using modern media and inspired many filmmakers. 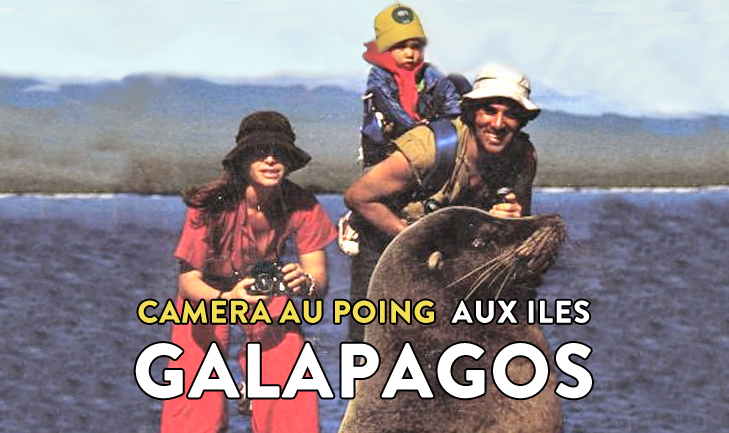 WHAT: Galapagos III by Christian Zuber

ADD. INFOS: In French with English subtitles.
Valid ID required, no parking inside the embassy

As part of the 2017 edition of DC Environmental Film Festival, the French Embassy presents the screening of the 1972 film Galapagos III by Christian Zuber, with the participation of Martine Couchoud, Executive Producer/Director at Kino Productions, and Sandrine Sacarrère, Head of International Sales at INA.

« Information will save the environment ». Christian Zuber

In 1959, Paris Match and Life Magazine made headline of Christian Zuber, a 28 year old French cinematographer, who left for the Galapagos with only a 16 mm Pathe film camera and a Rolleiflex still camera - the same Islands where Darwin foresaw his theory of evolution a hundred years earlier. From his one-year journey in the Pacific, Christian Zuber brought back with him a film of a lost paradise and photos of rare and endangered species.

In 1972, twelve years later, Zuber, photographer, movie maker and TV producer, returned to the Galapagos Island to assess the first results of his work as an early environment and media activist.

Galapagos Islands III is the unseen movie being presented for the first time this year at the Environmental Festival in the Nation Capital.

For two hundred days, Christian Zuber, along with 2 crew members, his wife and his 2 year-old son, filmed and lived in this unique and mysterious world 12 years after his first solitary journey in 1958.

During this journey, Zuber shot more than 32000 feet of film of men and nature in the incredible scenery of beaches and underwater reefs. He also came to film the result of his actions to protect endangered plants and animals, and inspired women and men who work to protect the environment and keep tourism under scrutiny.

By witnessing the evolution of this unique and fragile land, he pioneered environment advocacy using modern media and inspired many filmmakers.

The Environmental Film Festival (DCEFF) is the largest and longest-running festival of its kind in the United States and is celebrating its 25th anniversary in 2017. DCEFF seeks to advance public understanding of the environment and inspire stewardship of the earth through the power of film. Visit DCEFF.org to view the full Festival lineup! Festival dates: March 14-26, 2017