Antarctica: In the Steps of the Emperor

This event is organized by La Maison Française - 4101 Reservoir Rd, NW - Washington, D.C. - 20007.
Joining the "Wild-Touch Antarctica" expedition, initiated by Oscar-winning director Luc Jacquet and his NGO Wild-Touch, photographers Vincent Munier and Laurent Ballesta head for the Dumont d’Urville base in Antarctica to unveil the treasures of the immense natural reserve. Blending land and underwater points of view, they turn their artistic perspectives to a rapidly changing continent and its inhabitants in the face of climate change. Forming unique images, the ice pack’s gentleness clashes with dense seabeds covered in ice. 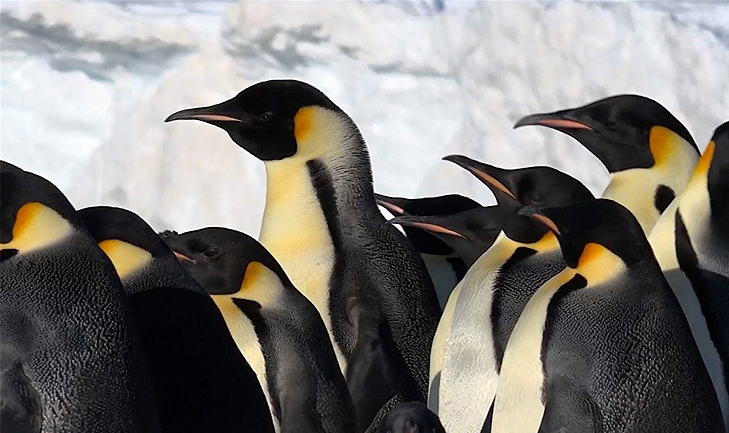 WHAT: Antarctica, In the Footsteps of the Emperor by Jérôme Bouvier

ADD. INFOS: In French with English subtitles.
Valid ID required, no parking inside the embassy

The screening will be followed by a Q&A with director Jérôme Bouvier and extreme photographer and extreme diver Laurent Ballesta.

A frozen continent stretching across 13 million km2, Antarctica had until now seemed sheltered from the dangers of climate disruption. Protected by an international treaty it has been spared the effects of hunting and fishing. But signs in ice’s cyclical patterns and its biodiversity have become worrying. Connected to the planet’s global ecosystem via atmospheric circulation and ocean currents, this white haven is suffering the effects of human activities. To document and explain what is unfolding in Antarctica, photographer, diver, and marine biologist Laurent Ballesta and photographer of extreme environments Vincent Munier will be blending their artistic perspectives of a rapidly changing continent. Laurent Ballesta will tackle technical and human prowess below the ice to bear witness to its remarkable underwater life. His photographs will advance knowledge on Antarctica’s unique and little-known biodiversity. On land, his eye riveted to the lens of his camera, Vincent Munier captures snapshots of life in an Emperor Penguin colony. Genuine guardians of the ice, the birds are central to Antarctica’s mechanisms, acting as bio-indicators of an extraordinary territory. Antarctica, In the Footsteps of the Emperor is an ode to the biodiversity and protection of the white continent.

The Environmental Film Festival (DCEFF) is the largest and longest-running festival of its kind in the United States and is celebrating its 25th anniversary in 2017. DCEFF seeks to advance public understanding of the environment and inspire stewardship of the earth through the power of film. Visit DCEFF.org to view the full Festival lineup! Festival dates: March 14-26, 2017