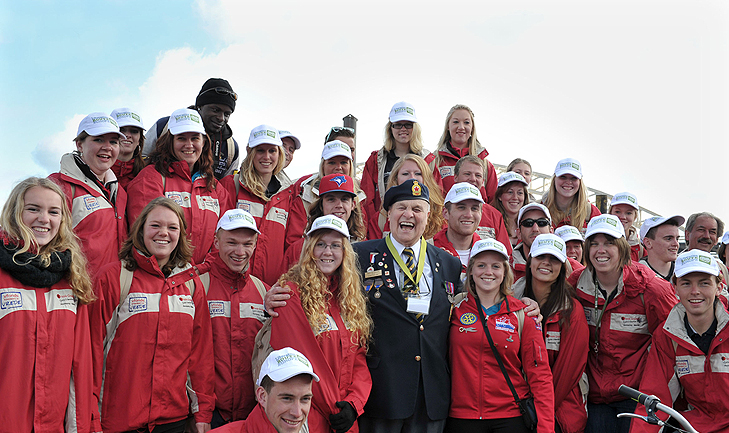 The Liberation Route Europe Foundation charity dinner is a unique occasion of European and American cooperation and commemoration. With the esteemed participation of the Dutch, French, Belgian, Polish and German Embassies, this event honors the shared history between Europe and the United States, all irrevocably shaped by World War II.

This remarkable dinner will gather together representatives from all the Embassies of the countries in which Liberation Route Europe is active, as well as American friends. We are honored to be joined by Daniel Libeskind, architect, and Lt. Colonel James Megellas, World War II veteran and the most decorated officer in the history of the 82nd Airborne Division, as guest speakers.

The dinner will raise funds to complete the Liberation Route Europe hiking trail, allowing visitors to literally follow in the footsteps of those who fought to liberate Europe in 1944-1945. The ultimate tribute to veterans, the long-distance hiking trail is one of the three core projects of Liberation Route Europe Foundation’s 75th Anniversary Commemoration Initiative, to raise awareness and continued remembrance as we mark the 75th anniversary of World War II.

Thank you for signing up!
You will shortly receive an email inviting you to confirm your subscription. Please check your "spam" or "promotions" boxes, if it doesn't show in your inbox.