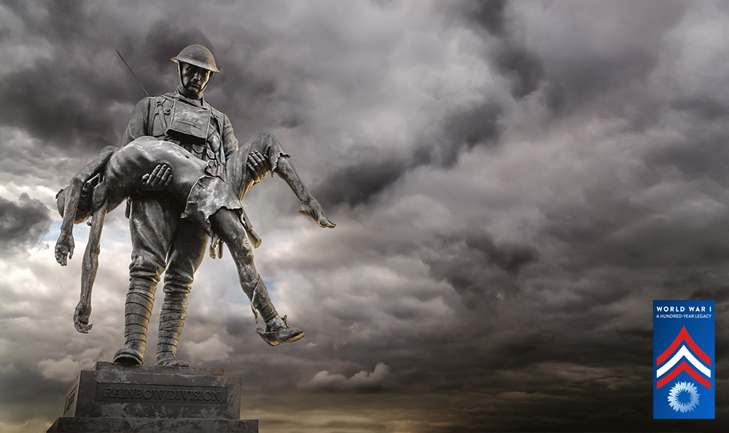 PRICE: Free admission. Exhibit will be on view during events and open to all registered events attendees.

“The aim of this exhibition is to honor the soldiers whose actions were decisive for the end of the conflict. Every year a great number of American visitors come to the places of remembrance on our territory. This is the reason why this exhibition is a way to pay tribute to those who maintain and honor the memory of soldiers fallen so far from their homeland.” — Rémy Salaün

Born in Nice in 1966, Rémy Salaün’s family originally hails from Brittany. When he was 7, his parents moved to Château-Thierry in the southern Aisne region, where he went to school. At age 17, he became a radio host at a local station, and his first job led him to Reims, where he joined the staff of a large radio station.

Rémy Salaün always loved to draw, and in the early 1990s, he joined an advertising agency. He has worked in the field of visual communications ever since and began specializing in website design in 1996, creating his own multimedia company. That continues to be his main professional activity.

In the early 2000s, Rémy Salaün discovered a passion for photography. In 2009 he became a photography instructor, teaching beginners and talented amateurs, and has led workshops at FNAC department stores throughout the country.

While continuing to work in advertising, he amassed an extensive database of images on a variety of themes. Fishing ports, especially those in Brittany, are among his favorite subjects. His work on remembrance sites in the southern Aisne is the result of several years spent in the area.

He has exhibited at the American Cemetery of Aisne-Marne de Belleau, at the invitation of the American Battle Monuments Commission.