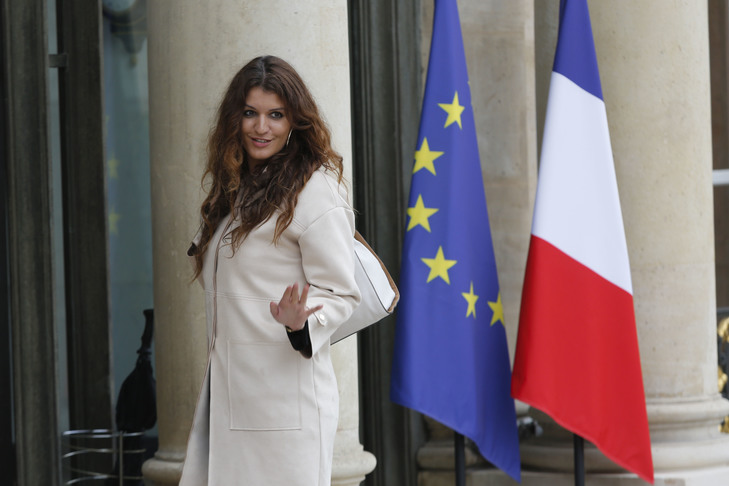 Gender equality is the Grande Cause, a key priority of the President Emmanuel Macron’s five-year administration. Marlène Schiappa, Minister of State for Gender Equality, has been a powerful force pushing for measures for greater equality between men and women.

A popular blogger and author, Schiappa was appointed to her position in May 2017. She has pioneered several initiatives during her time in office, two of the more prominent being banning unnecessary harmful procedures that women undergo following childbirth (les violences obstétricales) and promoting a draft law for harsher punishments for sexual abuse and harassment.

Schiappa visited New York earlier this year to attend a conference on Women in Corporate Leadership. While in New York for the conference, Schiappa spoke to the strides the current administration has made in the past year, while highlighting campaigns they continue to pursue. She stated that the government will continue to enforce employee quotas, imposed on companies to ensure that the distribution of positions held between men and women are equal. Companies who refuse to abide by the quotas will be subject to sanctions and face public release of their offenses (referred to as “name-and-shame”).

In addition, the administration would like to create longer maternity leave, even for entrepreneurs, and paternity leave. More recently, Schiappa has focused on the day-to-day sexual harassment women face on the streets. In her January 31 speech at the New York Stock Exchange, Schiappa stated that “working against sexual violence and street harassment will also provide women better conditions and a better state of mind in order to lead their careers.”

When discussing the relationship of the feminist movement in the United States to the movement for gender equality in France, she discussed how the French see the United States’ position as both rigid and radical. “In France, she explained, “when one wants to say that we mustn’t go too far, the expression is ‘We must not Americanize society.’” Schiappa is aware of this stereotype and has condemned it based upon her own experiences in the U.S. She has commended the work of the American feminists and leaders of the #MeToo movement. ◣