Since taking office in 2017, French President Emmanuel Macron and his government have been making major strides for gender equality. According to France’s International Strategy for Equality Between Women and Men (2018-2022) released on March 8, the president has made it an important cause for his term. The strategy outlines the administration’s goals which include increasing funding for projects to reduce gender inequality, working with NGOs, linking gender inequality with other political issues such as education and climate change, as well as leading by example. To further promote gender equality, the government will provide gender sensitivity training to its agents, and continue working to increase the number of women in leadership positions. 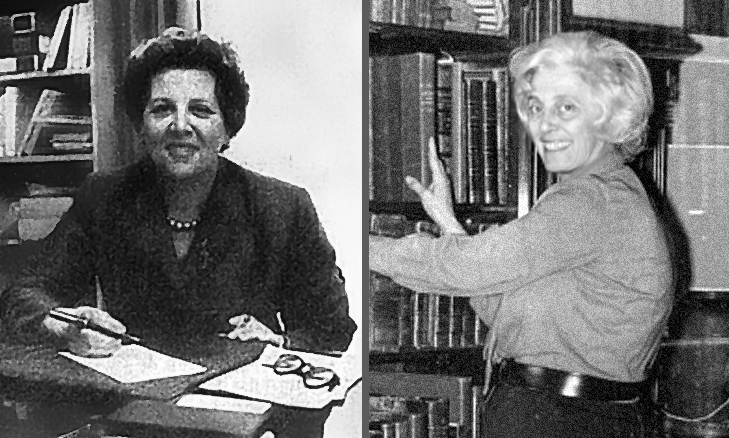 One of the most prominent female leaders in President Macron’s administration is France’s Gender Equality Minister Marlene Schiappa. At 34, Ms. Schiappa is the youngest minister and she is taking a fresh look at ways to make women safer in public spaces. She is not only working on curbing sexual harassment, but also on other issues negatively impacting women, including the gender pay gap. The current role women play in the French government is thanks in large part to the those who came before them. We’ll introduce you to some of the founding female figures in French diplomacy, who play an important role in shaping France’s role in the world. Suzanne Borel is one of pioneers who cleared the path for generations of female leaders.

Born in 1904 in Toulon, Ms. Borel spent her childhood in France, Senegal, Madagascar and Vietnam. After earning her baccalauréat in 1922, she obtained a degree in Philosophy in 1927. She then went on to study Chinese at the School of Oriental Languages and Sciences Po. It was during this time, in 1928, that her mother sent her a newspaper clipping from Le Temps declaring that women were now eligible to sit for the recruitment exam necessary for those wishing to become a diplomat. Ms. Borel decided to take the exam (Le Grand Concours), and though she did not pass in 1929, she was successful in 1930. This made Ms. Borel the first French female diplomat, at a time when women had yet to receive the right to vote in France.

When Suzanne Borel began her work at the Ministry, she was informed that she would only be able to work in departments which provided support rather than working on things such as policy. She worked diligently for the Works Department for nine years leading up to World War II. Ms. Borel joined the French Resistance, and her impressive work led to her invitation to join the office of Foreign Minister Georges Bidault, whom she would later marry. Before her death in 1995, she was awarded the Légion d’honneur, Croix de guerre, Médaille de la Résistance and the Medal of Freedom. Suzanne Borel’s service and perseverance paved the way for future French female diplomats such as Marcelle Campana.

Marcelle Campana was born in 1913. Her father César-Rizio Campana served as Consul-General of France in Sydney and London during the 1920’s. In 1935, Campana began working for the French Foreign Ministry as a secretary. After World War II, she was still working as a secretary and archivist. With a little help from Suzanne Borel, Ms. Campana was then able to become a diplomat without taking the entrance exam. In 1967, she became the first female Consul-General in Toronto, and then Ambassador to Panama in 1972. Before departing for her post in Panama, Ms. Campana was asked if the choice to appoint a female as the first French Ambassador to Panama came as a surprise.

"No, once women were allowed pursue a diplomatic career, one of these days one of us would be put at the head of a diplomatic mission."

As of February 2017, 49 out of France’s 197 ambassadors were female, a fact that Ms. Campana would hopefully find equally unsurprising. This push for the representation of women in the French government, which Ms. Borel championed so many years ago, is reflected today at the highest levels. Half of President Macron’s 22 ministers are female. Minister for European Affairs Nathalie Loiseau called upon French ambassadors around the world to join the #JamaisSansElles campaign on International Women’s Day.

"We ask you, ambassadors around the world... to ensure that when you organize a symposium, a conference, or a round table, that you remember that International Affairs are of interest to both sexes. Therefore, men and women need to debate side by side."

The dedication to gender equality extends not only to Ambassadors and Ministers, but to all those working in French Embassies. 47% of the employees working at the Embassy of France in the United States are women, including those in leadership roles such as Deputy Chief of Mission Nathalie Broadhurst, who serves as the Ambassador’s second-in-command, and Counselor for Science and Technology Dr. Minh-Hà Pham. Other women leaders at the Embassy include Consul General of France Anne-Claire Legendre, Cultural Counselor Bénédicte de Montlaur in New York, and Press Counselor and Spokesperson Emmanuelle Lachaussée, and Deputy Press Counselor Mélanie Rosselet in Washington, D.C.

"Women’s rights are fragile, even in the U.S. and France," said Ms. Rosselet, "but the momentum propelling us towards gender equality is irreversible."  ◣