From the Ambassador’s desk 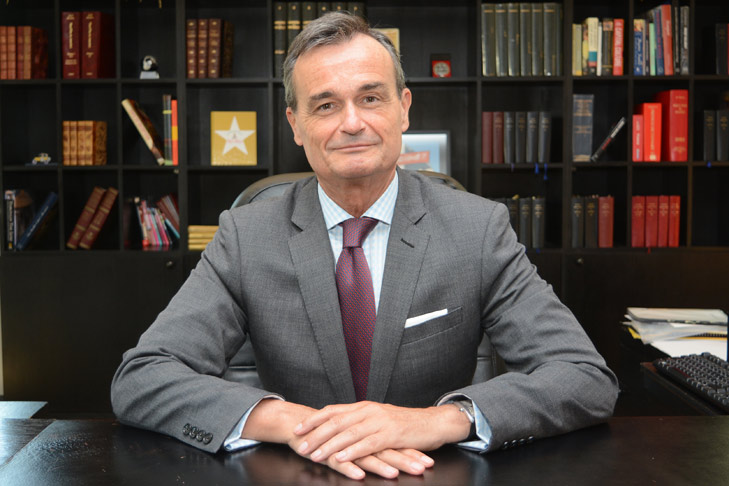 These past two months have continued to be rich and fruitful for French-U.S. cooperation. From April 23-25, we had the pleasure of taking part in organizing the state visit of President Macron to Washington, D.C. This was the first state visit by a foreign leader to the United States since Donald Trump’s election, and an important, symbolic moment in French-American relations. During the visit, President Macron gave an address to Congress advocating a "strong multilateralism," met the French community of Washington D.C., and engaged with students at George Washington University on international issues and transatlantic cooperation. President Macron was also invited by President Trump to Mount Vernon, the home of George Washington, and went to both the Abraham Lincoln and Dr. Martin Luther King Jr. Memorials.

In this issue of News From France you will learn more about the State visit but we’ll also revisit some of the other events that have exemplified the new role France this Spring.

On March, 20, we celebrated International Francophonie Day. President Macron announced his mission to expand the international influence of the French language in order to increase its use on the world stage. He expressed his belief that French can rise to prominence with an increased commitment to revitalize French language institutions globally.

I recently had the opportunity to visit the remarkable Cézanne Portraits exhibit at the National Gallery of Art. If you visit Washington, D.C. between now and July 1, be sure to witness this truly unique collection of portraits by French painter, Paul Cézanne. Inspiring some of the world’s best painters with his unique method of building form with color and his analytical approach to nature, Paul Cézanne is widely revered as the father of modern art. This exhibit, as well as the fantastic Woman House at the National Museum of Women in the Arts, which you will read more about in this issue, make two very good reasons to visit Washington, D.C. this summer.

We will highlight in this issue the legacy of beloved French chef Paul Bocuse. On March 22, A tribute was paid to chef Bocuse at the Embassy of France during the Renaissance Dinner and Ball. At this event, guests gathered for a six-course meal that embodied excellence in French gastronomy. The dinner was held in celebration of Goût de France / Good France, an annual event that this year brought together 3,500 restaurants and 150 embassies over five continents in a celebration of French cuisine.

You’ll read about Marlène Schiappa, the Secretary of State for Gender Equality, and other pioneering French women who have paved the way for women in French diplomacy. You will also learn about the role David Martinon, Ambassador for Digital Affairs, plays in protecting French national security in fighting against the use of internet for terrorist purposes. We will also highlight the world’s first double face transplant in France. Finally, in our Destination of the Month, we will spotlight the magic of Poitiers, France. ◣