A Frontier in the Jungle

This event is organized by the Office for Science and Technology of the Embassy of France.
Screening of the French documentary "A Frontier in the Jungle," followed by a discussion with speakers François-Michel Le Tourneau and Thomas E. Lovejoy. 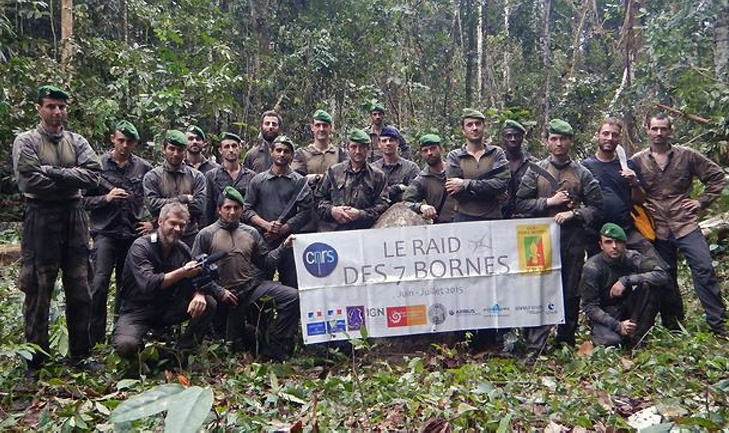 WHAT: A Frontier in the Jungle

After the screening of the French documentary, a discussion will be followed with two speakers: François-Michel Le Tourneau, the geographer that initiated this project, and Thomas E. Lovejoy, the "Godfather of Biodiversity," U.S Science Envoy, in charge of wildlife and biodiversity conservation. A reception will then conclude the evening.

In 2015, three scientists accompanied by a group of French Foreign Legion soldiers explored the border between Brazil and French Guiana and used this opportunity to unveil a poorly known region of the Amazon.

The group hiked the border along more than 320 km. Surrounded by dense rainforest, isolated in a desert region, the mission took 6 weeks of harrowing walk through the jungle, during which each of the "seven stones" of the border was passed. Along the way, important data about the ecology and the history of the area have been collected.

The scientist who inspired the project and prepared the expedition is François-Michel Le Tourneau, deputy-director of a CNRS joint research unit located at the University of Arizona in Tucson. William Milliken an English botanist specialist of tropical flora and Guillaume Odonne, a French ethnobotanist were also part of the adventure.