France’s fight for the world’s oceans 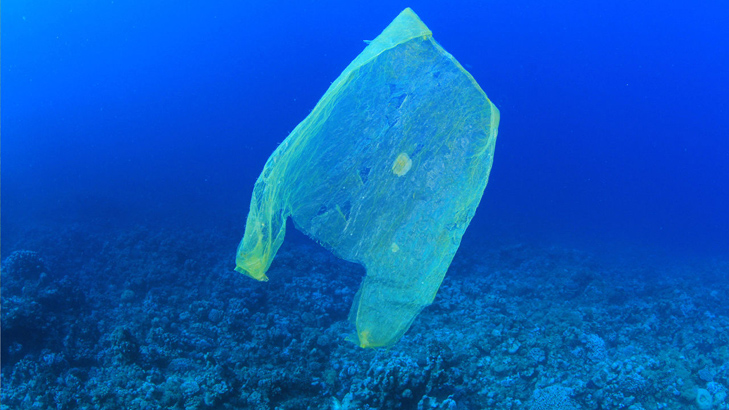 A plastic bag floating in the ocean. Photo: MichaelisScientists

France has a presence in each of the world’s oceans, so it is particularly invested in the movement to ensure that oceans are protected and used responsibly. From international organizations to domestic engagements to individual actions, protecting oceans is a major priority.

Being a part of the annual Our Ocean conference, which brings together leaders and activists from across the world, is an important part of France’s international actions. In 2016, the conference was hosted by Secretary of State John Kerry in Washington, D.C., with the active participation of the Embassy and French Minister for the Environment Ségolène Royale. In October 2017, the European Union hosted the fourth annual Our Ocean conference in Malta. The 2017 conference resulted in 433 tangible and measurable commitments, 7.2 billion euros in financial pledges, and 2.5 million square kilometers of additional Marine Protected Areas. Building on these efforts, the 2018 Our Ocean conference will be held in Bali October 29-30.

The United States has been a major partner of France in the fight to protect oceans. The first-ever FACT-O conference (French-American Climate Talks on Ocean) was held in Miami on July 1, 2016. Hosted by the Embassy of France in the United States and the Ocean & Climate Platform, this initiative provides a stage for scientists, businesses, and civilians to come together and address the challenges of climate change and the unsustainable use of oceans. FACT-O also fosters partnerships between French and American researchers committed to the study of climate change and the implementation of long-term, global solutions. 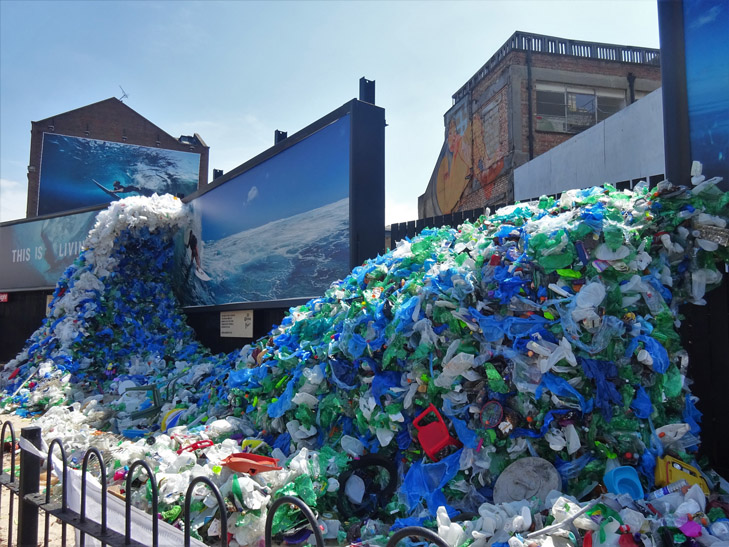 An exhibit aimed at raising awareness of plastics in the ocean. Photo: David Holt

At home, France is taking many actions to protecting the world’s oceans, including taking on one of the ocean’s greatest enemies: plastic. Less than 1/5th of all plastic is recycled globally, and what is not recycled is here to stay — every bit of plastic ever made exists today, some of it breaking down into microscopic fragments invisible to the naked eye, but capable of causing exceptional harm. The growth of plastic production has outstripped the ability of waste management.

Eight million metric tons of plastic are thrown into our oceans every year, killing more than one million seabirds and more than 100,000 marine mammals. The plastic ingested by marine life even makes its way onto our dinner plates; one study found that a quarter of fish at markets in California contained plastic. If no action is taken, the concentration of plastic pollution in our oceans is set to create a "continent of trash" as big as Europe in 20 years.

Intensive domestic efforts to combat this issue have already begun in France. Since January 2017, single-use plastic bags have been banned from French stores in accordance with the Energy Transition for Green Growth Act signed in August 2015. Coming into effect in 2020, France will be the first country in the world to ban disposable plastic plates, cups, and utensils. The only exceptions are items made of compostable, bio-sourced materials.

Through creativity and innovation, we are certain that we can break our plastic habit. Individual actions, too, are helping to change our consumption patterns. French blogger Bea Johnson (who now lives in the U.S) has become a leader in the "Zero Waste Home" movement, encouraging people world wide to limit the waste they produce. The secret to reducing her family’s annual trash to a jar since 2008 adds two more Rs to the well known Reduce, Reuse, Recycle. Johnson proposes: "Refuse, Reduce, Reuse, Recycle, Rot (and only in that order)." Although the transition takes time and effort, Johnson and her family have cut down 40% of their annual spending. Johnson offers guidance on converting to a zero waste lifestyle in her talks and in her book Zero Waste Home.

Leaders like Johnson show us that a low-waste lifestyle is not one of sacrifice, but, in fact, one that helps families lead richer, less cluttered lives. When paired with policy initiatives like those implemented in France, individuals prioritizing the reduction of plastic in their lives can go a long way towards creating the cultural change needed to protect oceans for future generations.  ◣