This event is organized by the Cultural Services of the Embassy of France and Walter Presents.
Whether you are enticed by action-packed fiction, or whether you prefer a political drama or a comedy, “Best of French TV Shows” series will guide you through what French TV has best to offer! 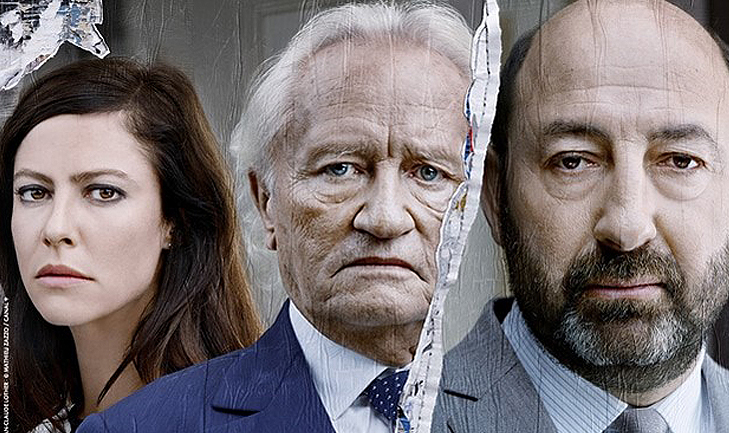 The Cultural Services of the French Embassy invites you to discover the TV shows creating a buzz in France right now.

Often described as the “French House of Cards”, Baron Noir focuses on French politician Philippe Rickwaert (Kad Merad) who finds his career in shambles after the betrayal of his mentor Francis Laugier (Niels Arestrup) to save his own presidential campaign. Determined to return center-stage, Philippe Rickwaert creates a new alliance with the closest adviser of his enemy. Step by step he gives up his sense of integrity to harbor his desire of revenge.

Praised by The New York Times for “the way it sheds light on the unexpected current state of French politics”, the success of the series lies in both its realism and the exceptional performance of International Emmy Award nominee Kad Merad. A CANAL+ CREATION ORIGINALE series created by Ziad Doueri and Jean-Baptiste Delafon and produced by Thomas Delafon for StudioCanal.

This screening is presented in partnership with Walter Presents.

All attendees to the October 4 screening will receive a promo code to watch the other episodes of Baron Noir on Walter Presents.

Online registration is required for this free admission event.