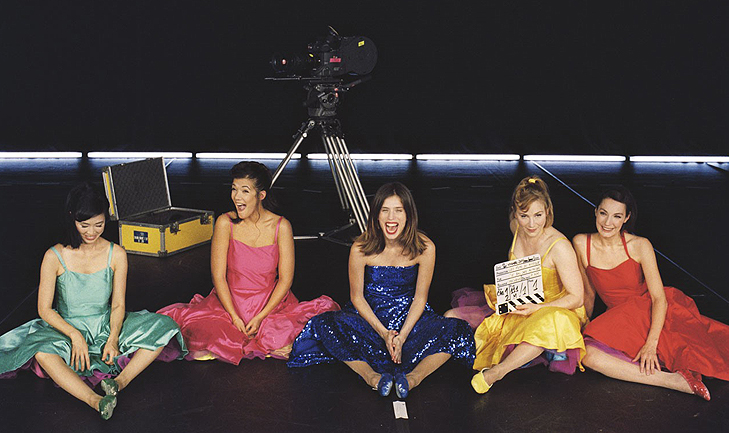 WHAT: All About Actresses

A director (Maïwenn) dives into the strange and confusing world of French actresses. This mockumentary takes a behind-the-scenes camera angle to most genuinely portray actresses’ experiences in interviews, each actress providing a different perspective as to her career outlook. Maïwenn meets them in ordinary places, with a mere hand-held camera, as they reveal their ambitions, frustrations and sometimes their folly. As Maïwenn proclaims to Charlotte Rampling : “We don’t become actresses if we’re not neurotic”. Although the many close-up and POV shots give an impression of authenticity, the movie remains a work of fiction, albeit one inspired by the actual French film industry. Consequently, all actresses play cliché characters more or less based on real actresses: Marina Foïs plays a Botox addict, Romane Bohringer, a has-been depressed and forgotten actress, and Karin Viard, a full-of-herself snob bored by French movies, dreaming of American blockbusters.

However, as per Maiwenn’s vision, the film is both a documentary and a musical supported by short clips of songs and dances; the movie never aims at realism and attempts to depict something more than a mere reflection of reality. This provoking mise en abyme of French actresses resolutely takes the floor to tell new stories of women.