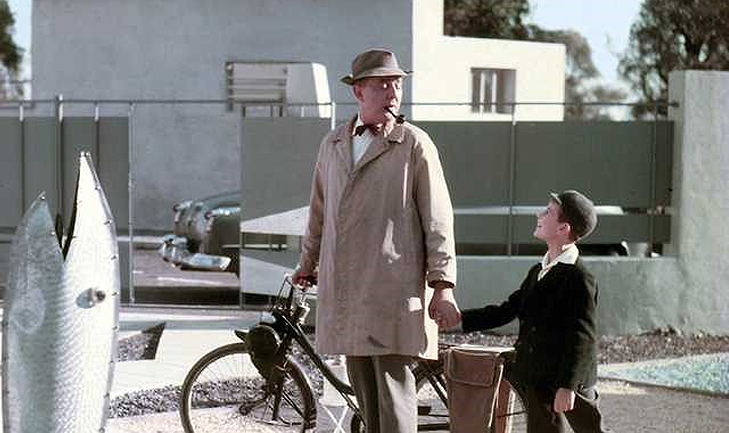 As part of the film series "Highlights of Cannes", the Cultural Services of the French Embassy present a screening of the film My Uncle

M. Hulot (Jacques Tati) is the dreamy, impractical, and adored uncle of nine-year-old Gérard Arpel, who lives with his materialistic parents, M. and Mme. Arpel, in an ultra-modern geometric house and garden. By contrast, the eccentric and old-fashioned hero, Monsieur Hulot, lives in an old and run-down city district. He is unemployed, and gets around town either on foot or on a motorized bicycle. Gérard, utterly bored by the sterility and monotony of his life with his parents, fastens himself to his uncle at every opportunity.

Jacques Tati is known as the master and maker of French slapstick comedy in film, driven by critiques of modern consumerist society, class, and technology. The second Hulot movie and Tati’s first color film, My Uncle is a supremely amusing satire of mechanized living and consumer society that earned the director the Jury Prize at the 1958 Cannes Film Festival. The film won the Academy Award for Best Foreign Language Film.