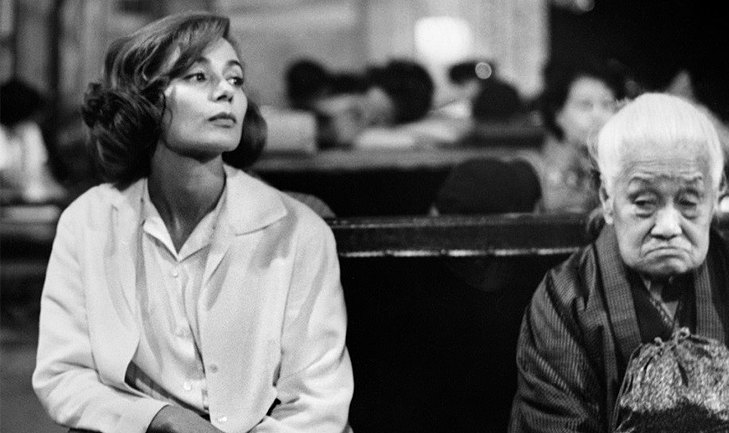 Emmanuelle Riva (1927-2017) epitomized a new kind of female star, more realistic and intellectual, as opposed to the "sex kitten" stereotype of Bardot. After her star-making turn in Hiroshima Mon Amour, Riva appeared opposite Jean-Paul Belmondo in Melville’s Léon Morin, Priest. In 2012, Riva starred in Michael Haneke’s Amour, with Jean-Louis Trintignant, a role for which Riva received a multitude of awards, including an Oscar nomination for Best Actress in a Leading Role, and César and BAFTA Awards for Best Actress.

In Alain Resnais’ groundbreaking work of the New Wave, Riva portrays a French actress researching a role in post-war Hiroshima. She enters into an affair with a Japanese architext (Eiji Okada) while experiencing flashbacks of a doomed wartime tryst with a German soldier. Marguerite Duras, one of France’s greatest modern novelists, wrote the screenplay (Academy Award nomination, 1959). Thanks to Riva’s profound subtlety in a very great role, Hiroshima Mon Amour became one of the most important films to come out of the French New Wave.