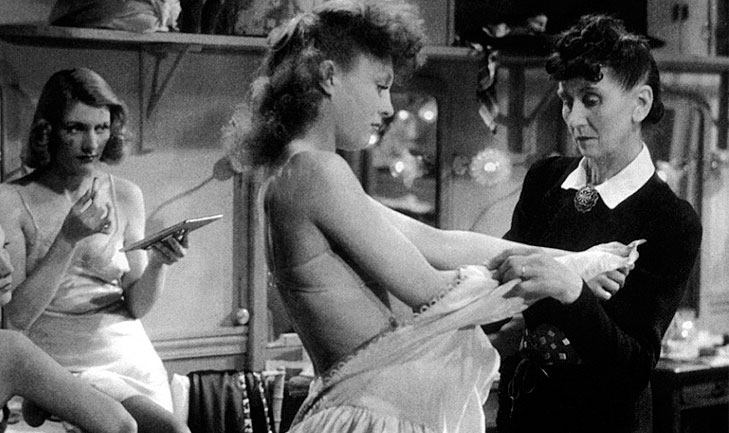 The British Film Institute hails Paris Frills (originally titled Falbalas) as “one of the finest films about fashion,” thanks to director Jacques Becker’s seductively energetic perspective on the world of haute couture. The dynamic Raymond Rouleau plays Phillippe Clarence, a Parisian designer at the top of his game who falls in love with the fiancée (Micheline Presle) of his best friend (Jean Chevrier). This seductive romance results in a riveting plot, moving all at once from farce to tragedy.

Jacques Becker’s repertoire as a director consisted solely of film noir dramas up until his surprising shift in 1945, trading the world of crime for the perfumed salons of Parisian haute couture. Paris Frills is not just another typical melodrama, but instead, an in-depth look into the darker side of human nature, particularly the potential for self-destruction that comes along with amorous infatuation. An audacious film for its time, filmed in 1944 during the occupation and released the following year, Paris Frills marks a transition from the expressive comedies and musicals of the 1930’s to the grittier, more realistic films of the post-war years.