This event is organized by the Cultural Services of the Embassy of France in the U.S.
Restorations of comic movies by Leon Gaumont: four early shorts and an episode from a 1916 serial "L’X Noir" ("The Black X"). Pianist Andrew Simpson will perform. 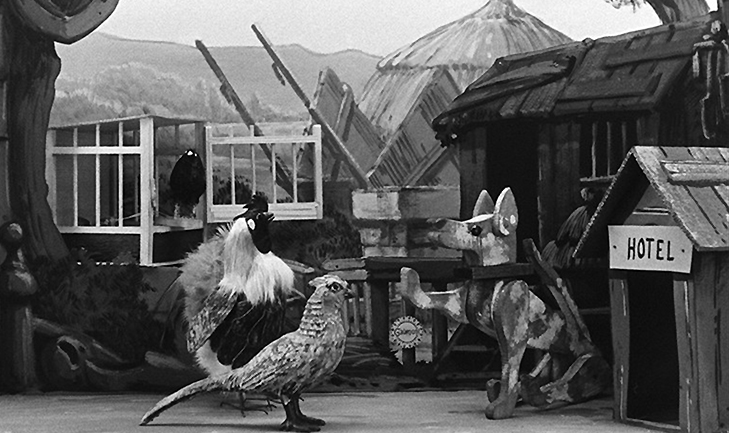 With pianist Andrew Simpson in performance

The creator of France’s first film studio (and today the oldest continuously running production house in the world), Léon Gaumont delighted pre – World War I audiences with serials and comic shorts at Paris’s Gaumont Palace. On any given day his shows might include actualités, short dramas, comedies, and phonoscènes synchronized with sound recordings. This program of new restorations includes four early shorts starring a variety of animals, plus an episode from a 1916 serial L’X Noir (or Black X), in which an international gangster with multiple identities poses as an American diamond dealer. L’X Noir’s code name is derived from his all-white costume with a huge black cross — a parody of Fantômas, who always wore black. Léonce Perret filmed L’X Noir in Nice during World War I (while Fantômas’s director Louis Feuillade was away at war) and deployed his full range of aesthetic aspirations from sophisticated lighting to creative framing. (Léonce Perret, 1916, subtitled, 42 minutes)

The event will be followed by an end-of-the-year reception.

This program is presented by the National Gallery of Art and the Cultural Services of the French Embassy. With thanks to Agnès Bertola, Gaumont Pathe Archives.