This event is organized by Embassy of the Grand Duchy of Luxembourg.
Ashcan is a documentary telling the story of the secret prison where the main Nazi leaders were incarcerated following the Allied victory on 8 May 1945. 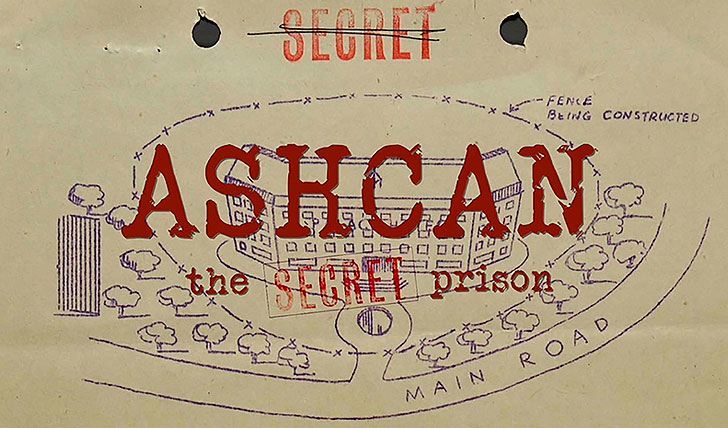 Doors will open at 6PM. A glass of wine will be offered before the screening which starts at 7PM.

As part of the D.C. Francophonie Cultural Festival 2020, the Embassy of the Grand Duchy of Luxembourg, The Smithsonian Associates and La Maison Française present the screening of Ashcan.

Ashcan is the untold story of what took place at Ashcan, the codename for the prison placed under US authority at Mondorf-les-Bains, Luxembourg, where top Nazi leaders such as Hermann Göring, Karl Dönitz, Wilhelm Keitel, Alfred Rosenberg, Robert Ley, Hans Frank, Julius Streicher, Arthur Seyss-Inquart, Lutz von Krosigk, Franz von Papen and others would be detained and interrogated.

The Allies had won the Second World War, but they knew almost nothing of the Nazi regime that had bathed Europe in fire and blood. Seeking to understand it, they gathered the civilian and military leaders of their conquered foe together in the same place.

The film immerses the audience in the heart of US military intelligence. Foregoing any use of force or torture, a handful of young American officers obtained extraordinary information about the conquered regime from some of the worst criminals against humanity.

The National Theatre of Luxembourg has produced the world’s first original play based on the secret documents and works unknown to the public that we found. During eight weeks of rehearsals, the documentary production team has followed the theatre troupe in their work step by step to create the play Codename Ashcan. By intervening in the actors’ questioning about the characters they play, the documentary shows the questions also asked by historians and other experts in their research to understand this episode of history: who were the prisoners at Ashcan, who interrogated them, what did the prison look like, how were the prisoners treated, what was daily life like in the prison, what “interrogatory” techniques were used and what information did the Americans obtain.

BIOGRAPHY OF THE DIRECTOR, Willy Perelsztejn

Legal counsel prior to producing award-winning documentaries, in Belgium and Luxemburg, Willy Perelsztejn is the founder and director of Les Films de la Mémoire (Belgium) and Nowhere Land Productions (Luxemburg).

For the last 30 years, Willy Perelsztejn has been writing, directing and producing documentaries with a focus around three themes: history, memory and identity. ASHCAN is his second film as director after David Susskind – Story of a Mensch (2007).