Published on January 30, 2020
As France is getting ready for the SEASON AFRICA 2020 that will start next June, the Cultural Services of the French Embassy are proud to partner with the National Gallery of Art to present ’African Legacy: Francophone Films 1955 to 2019’, a program focusing on African cinema through historical and contemporary lenses. 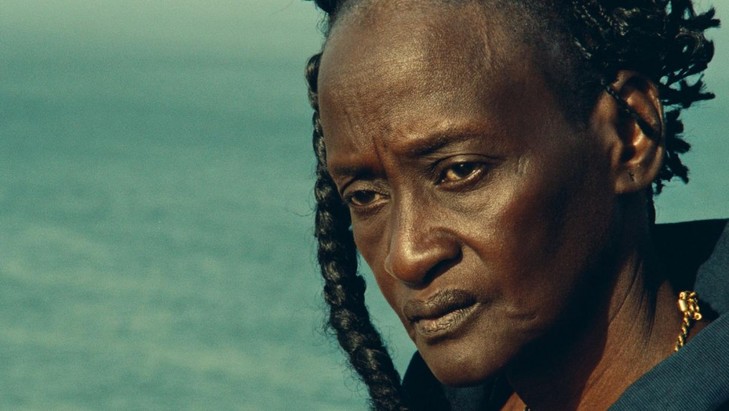 This series brings together a total of fourteen films offering a range of interpretations of the culture of French-speaking Africa and the African diaspora.The films tell the stories of artisans, musicians, storytellers, and much more, all of which confront the colonial accounts of African legacy and invention. A number of them have recently been preserved or restored.

An early fiction feature from Cameroon, Jean-Pierre Dikongué-Pipa’s Muna Moto is a stunning Romeo-and-Juliet saga. N’gando wishes to marry N’domé, but her family expects the traditional wedding offering. Sadly, N’gando is poor and unable to realize this customary duty. N’domé, meanwhile, is bearing his child and, according to village tradition, she must take a husband who can afford to support her. When the villagers decide on N’gando’s uncle, the story takes a downward turn.

In Timité Bassori’s film from the 1960s, Freudian psychology is introduced into an African tale. A young man from Ivory Coast returns home after a long time in Europe. Traumatized, he has to readjust to his own society and to his own sexual inhibitions, made manifest by a dream about a woman brandishing a knife. This alienating nightmare prevents him from having normal relations. As he turns to provincial healers, he discovers he’s wedged between traditional values and modernity.

While the pre-independence Afrique sur Seine explores the lives of Africans living in Paris, Samba le grand’s colorful stop-motion puppets relate an African folktale about a would-be conqueror who meets his match in a female potentate.

The Return of an Adventurer is the story of a man coming back to his home village from America bearing gifts of cowboy outfits for his friends.A mock-ruthless Western movie ensues, scorning contemporary values and consumerism and poking fun at the filmmaker’s own postcolonial peers.

Borom Sarret, made on a shoestring budget using a secondhand 16 mm camera and donated stock, is a beautiful short story about a horse-drawn cart driver who refuses to charge his passengers for rides and, on the surface, seems to lack the skill necessary to run a business. Ousmane Sembène’s debut feature La Noire de..., the first work by an African filmmaker to be seen widely in the West, adapts Sembène’s own short story, a contemporary tale of a naïve young woman lured to France by a white couple who enslave her as their domestic.

La petite vendeuse de soleil portrays the only young girl who dares to sell newspapers on the street, struggling to overcome hurdles in pursuit of a better life. In Le Franc, down-on-his-luck musician Marigo buys a lottery ticket and glues it to his door, eager to show his annoying landlady that he might one day have some rent money. When he gets lucky and wins, Marigo has to detach his door and carry it miles across Dakarto claim the prize.

Cameroon-born Rosine Mbakam’s feature documentary Chez Jolie Coiffure is a graceful chamber piece shot in a tiny hair salon in Brussels. Managed by the charismatic but undocumented Sabine, Jolie Coiffure is a hub for West African women — many, like Sabine, are from Cameroon. In Two Faces of a Bamiléké Woman, Mbakam returns to hermother’s village in Cameroon. She wants to introduce her young son to the family, but even more, she wants deeper knowledge of her past and speaks at length with her mother and the other village women.

Hyenas is a satirical adaptation of Friedrich Dürrenmatt’s play The Visit. A newly wealthy woman returning to her desert village proposes a deal to the citizenry: she will give the village her fortune in exchange for the murder of the local man who, years earlier, seduced her and abandoned her with a child. Mambéty said, “My task was to identify the enemy of humankind: Money . . . I think my target is clear.”

A parable of precolonial Africa, Wend Kuuni recounts the saga of a mute and famished youth who, abandoned in the bush, is discovered and raised with tender compassion by the Mossi tribe.