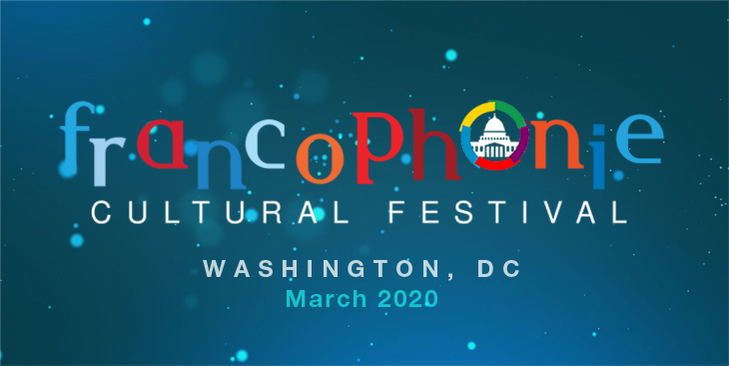 This March, Smithsonian Associates and the Alliance Française de Washington join over 40 embassies from across the French-speaking world for the 2020 Francophonie Cultural Festival, FrancophonieDC. Since 2002, the month-long festival has offered cultural experiences from across la francophonie, through an array of concerts, culinary samplings, film screenings, literary salons and lectures. This year’s festival coincides with the 50th anniversary of La Francophonie and offers over 30 public events for Francophones and Francophiles of all ages and of all levels of French—including none at all. The vast majority of events are free, although advance registration may be required.

FrancophonieDC is one of the world’s largest annual celebrations of the diversity of francophone cultures. This year’s program includes eleven film screenings, seven museum tours, four concerts, three literary events, two plays, and much more. Participants can share their favorite French poems at the 3rd annual Nuit de la poésie or put their written French to the test at the Dictée Gabrielle Roy. Politicos can discuss the institutional francophonie with ambassadors and scholars, and wine lovers can discover the best of Bordeaux with a world-renowned sommelier.

The festival culminates with “La Grande Fête,” a kaleidoscopic gala at La Maison Française at the French Embassy on Friday, March 27 at 7 p.m. Attendees will launch into a world tour of francophone cultures as partner embassies display their national food, drink, music, clothing and more. Guests can dance the night away to live music by Franco-Ontarian musical sensation, YAO (Ottawa, Canada) and Franco-beats from around the world by DC-based, Moroccan-American, DJ Ash.

Each year the FrancophonieDC Festival recognizes a prominent member of the local community who has demonstrated excellence in promoting French-speaking cultures. This year’s Grand Prix de la Francophonie is awarded to Candace LaRocca, who dedicates her time and talent every year organizing French-language tours at the National Museum of African Art, widening the horizons of hundreds of visitors.

For a complete schedule of events, tickets and information, the public may visit www.francophonie-dc.org.

The D.C. Francophonie Cultural Festival celebrates the diversity and richness of the French language and Francophone communities around the world through a series of cultural events and outreach programs presented every spring in the capital of the United States.

Since 2001, more than 40 embassies and partners (including the Alliance Française de Washington DC and the Smithsonian Associates) have collaborated each year to present an array of experiences all rooted in the Francophone culture—from Africa, to the Americas, to the Middle East—through concerts, cuisine, films, literary salons, and lectures for all ages.

The International Organization of Francophonie

The International Organization of la Francophonie was created in 1970 with the mission to embody the active solidarity between its 80 member states and governments which together represent over one-third of the United Nation’s member states and account for a population of over 890 million people, including 220 million French speakers.

Map of the participating states
Click to enlarge picture

You will find the full festival program by clicking on the following link: www.francophonie-dc.org/about-francophonie.

La Maison Française hosts several of these events during the month of March:

PLEASE NOTE All these events will be sold out. It is important to book and buy your tickets now on Eventbrite. It will not be possible to do so at the last moment.
Vive La Liberty!  A new statue to celebrate the French-American friendship
Discover our podcast FrancoFiles!
Tweets by @franceintheus