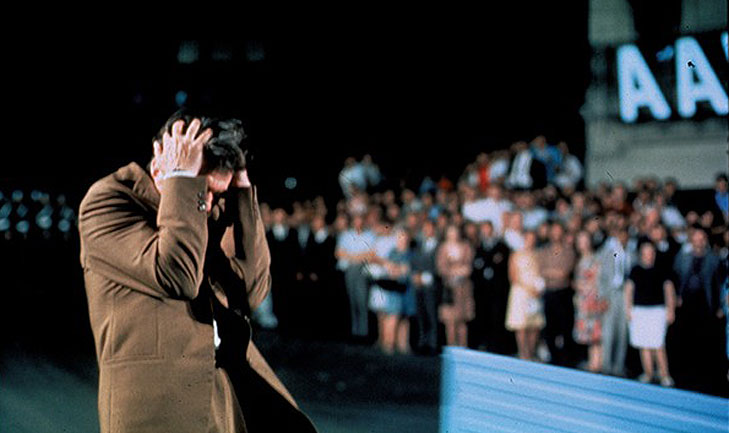 Costa-Gavras’ 1969 classic Z kicked off an entire generation’s worth of political thrillers with its thinly-veiled and bitterly satirical nod to the 1963 assassination of democratic Greek politician Gregoris Lambrakis.

This Academy Award-winning film stars Yves Montand as a prominent politician and doctor whose public murder amid a violent demonstration is covered up by military and government officials. Jean-Louis Trintignant is the tenacious magistrate who’s determined not to let them get away with it. Featuring kinetic, rhythmic editing, Raoul Coutard’s expressive vérité photography, and Mikis Theodorakis’s unforgettable, propulsive score, Z is a technically audacious and emotionally gripping masterpiece.

A coded study of Greece under the Generals, Costa-Gavras’s masterpiece was showered with prizes, including the Oscar for Best Foreign Language Film and the Jury Prize in Cannes.