Solidarity operations by the Embassy of France

The French-American friendship is an everyday reality for us. That’s why the French Embassy is happy to report the success of #OpérationMerci and its partnership with the Comité Tricolore and several local institutions and French businesses! [1]

Located in the Columbia Heights neighborhood of Washington, DC, Friendship Place / La Casa is a housing complex hosting formerly homeless persons. As its residents were faced with additional challenges during this period, the Embassy and the Comité Tricolore organized a weekly delivery of fresh and tasty dishes to La Casa/Friendship place. 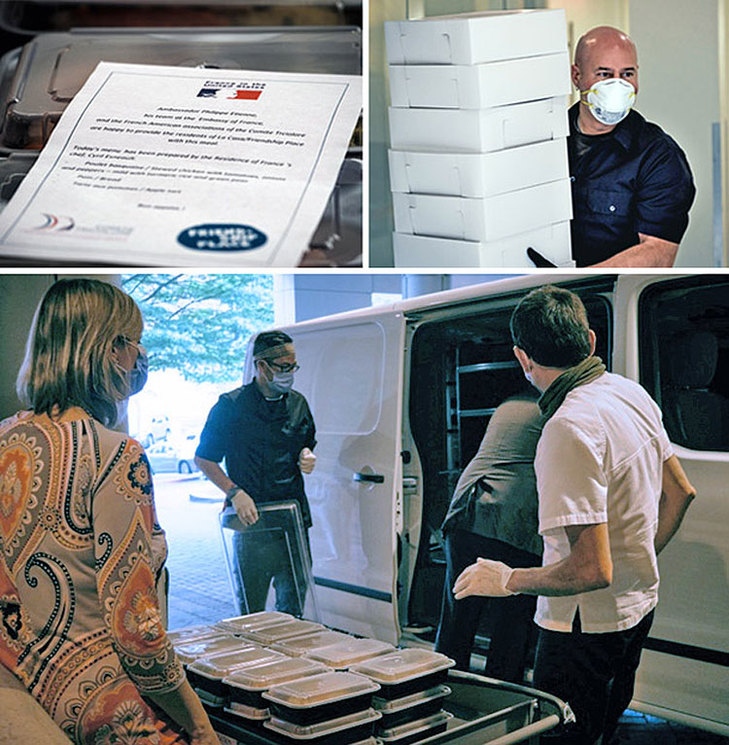 We have also extended our operations to other facilities in need, such as the United Medical Center, the only public hospital in Southeast Washington; Children’s National Hospital; and the Embassy’s own neighbor, MedStar Georgetown University Hospital.

#OperationMerci is still ongoing. We most recently organized a toy drive to benefit Children’s National Hospital. Our generous donors, Embassy employees and users of Embassy services made this operation a success!

To get involved or to report on these operations in your media outlets, please contact: