Published on September 14, 2018
Reception at the French Residence in honor of The Congressional French Caucus ,The Ripon Society and Franklin Center’s Capital to Capital Exchange (September 12, 2018) 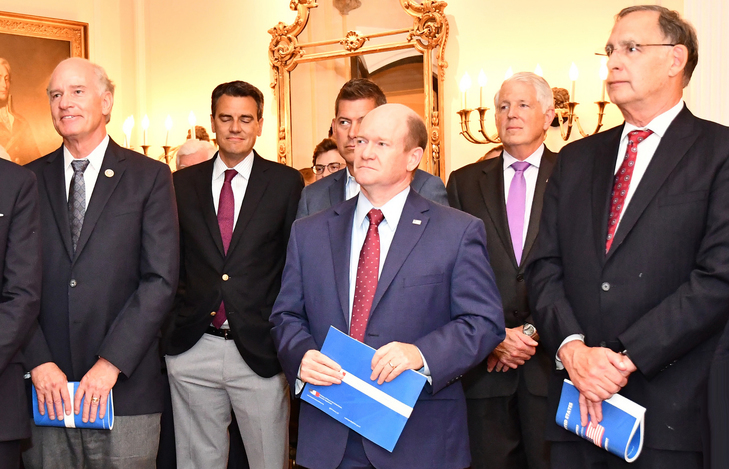 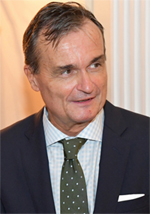 I am delighted to welcome everyone this evening to the French Residence as we come together to celebrate the Congressional French Caucus and the Ripon Society and Franklin Center’s Capital to Capital Exchange.

As we kick off the fall season here at the Résidence, I am pleased to say that our bilateral relations have never been better. Perhaps the best example of this was demonstrated when President Trump invited French President Emmanuel Macron to Washington for the first State Visit of his Administration. That visit in April was an important occasion for the two Presidents to get to know each other better, as well as discuss a wide variety of topics.

A highlight of the visit was President Macron’s speech to a Joint Meeting of Congress. I was especially glad that the House and Senate Co-Chairs of the French Caucus—several of whom are with us tonight—were part of the committee that escorted President Macron into the House chamber for his stirring speech.

Accompanying President Macron to Washington in April were Ministers, Members of Parliament, business leaders, and other distinguished French leaders, who had the chance to meet with their American counterparts, including some of you.

In addition to bilateral engagement and cooperation on foreign policy issues, there are strong commercial and economic ties between France and the United States. Indeed, we are very pleased to unveil this evening a new report, compiled by the French Embassy’s Economic Department, describing the substantial French economic footprint in the U.S. A few highlights:

There are copies of this new report on the table by the door, and I would invite you to take one as you leave the reception. In addition, there are pamphlets for each of the 50 states, showing the number of U.S. jobs created, as well as exports and imports by sector.

I would also like to compliment the Ripon Society and Franklin Center for organizing an impressive Capital to Capital Exchange, which will take place in Paris in November, just after the mid-term elections. This 4-day conference boasts an important list of topics to be discussed with key French and U.S. officials. There will be opportunities for U.S. Members of Congress to meet with their counterparts in the French National Assembly, as well as other key actors in foreign affairs, trade, counter-terrorism, and national security. I am thrilled that so many Members of Congress and others who will be participating in the Capital to Capital Exchange could be with us tonight.

For those of you who will be in Paris in November, I would commend to your attention the inaugural Paris Peace Forum, which will be convened November 11-13 2018, following the commemoration of the end of World War I. The 84 Heads of State and Heads of Government that will be invited to Paris for the commemoration will collectively open the Paris Peace Forum as an answer to the global threats we have to face.

The Paris Peace Forum is envisioned as an annual event to promote governance solutions for five key issues: security, sustainable development, environment, the digital world, and an inclusive economy.

Since the Declaration of Independence, the United States has played a special role in the development and support of ideas and practices, such as human rights, democracy, development, environmental protection and peace. The Paris Peace Forum is the right place to promote American values and ideals.

Finally, this is a perfect occasion to celebrate fine, French food. I would like to thank the companies that provided the products we are enjoying tonight:

Thanks, again, for being here tonight. But, before recognizing the Co-Chairs of the French Caucus to say a few words about the caucus, I would like to propose a toast to French-American friendship: