Night of Ideas 2020: philosophical marathons across the U.S.!

Published on January 9, 2020
Mark your calendars! The "Nuit des idées", a global series of intellectual marathons, coordinated worldwide by the Institut français, will take place this year at more than 120 locations around the world between January 25 and February 2. 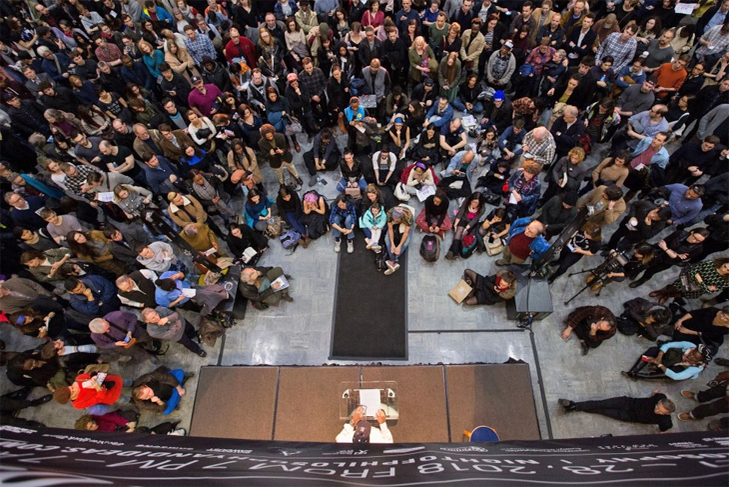 The events will unite around this year’s central theme: "Being Alive / Être vivant", exploring humanity’s relationship with the world and other species.

We are thrilled to announce that the Cultural Services of the French Embassy has partnered with cultural and academic institutions to bring A Night of Philosophy & Ideas/Night of Ideas to 7 major U.S. cities: Boston, Chicago, Los Angeles, Miami, New York, Norfolk, and San Francisco. Additionally, the New York event will be live-streamed from the Brooklyn Public Library from 7pm to 11pm (EST) on February 1 and archived at this link.

This year’s events bring together major thinkers and artists to participate in philosophical conversations about some of the most pressing issues of our time, in an atmosphere resembling a summer music festival or a large-scale art happening. 2020 guest speakers and artists include 2019 Nobel Prize-winning economist Esther Duflo; Institute for Advanced Studies anthropologist, sociologist, and physician Didier Fassin; journalist and sex columnist Maïa Mazaurette; and philosophers Catherine Malabou and Barbara Stiegler. There will also be performances and art by French juggler Jérôme Thomas, and two of his colleagues, Jörg Müller and Martin Schwietze, Armenian-Syrian installation artist Hratch Arbach.

All events are free and open to the public.